Tell Me Where It Hurts

Share All sharing options for: Tell Me Where It Hurts 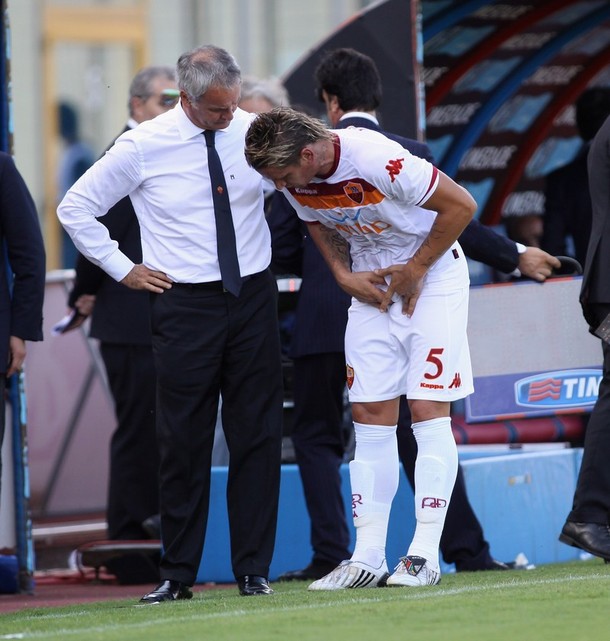 As uninspiring a match as the one in Catania last year. To say they were lifeless would be disrespect to the dead. A lack of vigor, ideas, ingenuity and general bother lead to one of the flattest performances we've seen in recent times. And largely across the board, too. In fact the only player of the XI worth mentioning in this holy pantheon we know as professional footballers was probably Julio Sergio, who saved a number of quality chances and actually may have earned his pittance of a paycheck. And though both goals were eerie in their luck-filled similarities, Catania deserved the points. End of.

(And the calcio gods would've duly obliged them with karmic points in the future if not for that little bitchfest they threw towards the end of the game.)

There is definitely the question of fatigue - Juan was on the bench from the start for these reasons while Mirko looked blackened and charred by the hour mark - and that's an optimistic viewpoint for the next trip out, but hardly the explanation or an excuse. They played far worse than fatigue could ever muster by its lonesome.

Those within the storm typically have the best vantage point, and Daniele De Rossi has proclaimed they're still having difficulties leaving Luciano's style for that of Claudio. And that's not unthinkable, given the complexities ingrained into their athlete brains for the better part of four years. In fact I think there's a good bit of truth in DDR's words. That we can expect this transition to be slow, arduous and unpretty at times, with the tastiest fruit well off. Dare I say, Roma wasn't built...

Nah, fuck it. They sucked.

Not a single player but JSB and, perhaps, Cerci get even a passing grade in my book, so we'll say...an -8.5 across the board and call it a day.

It can only get better from here.