The Return of High-Flying Roma

Share All sharing options for: The Return of High-Flying Roma 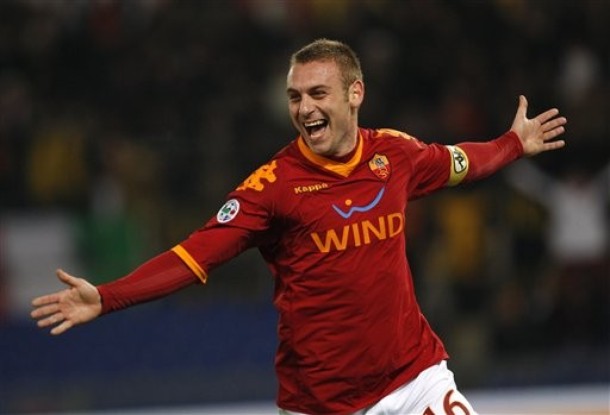 Swooping, bending, flowing, brilliant football. Vulnerabilities abound, the Sicilian counter looking ever lethal, if only because it'd been so long since seeing such holes, amid infinite Roman scoring chances and finite finishing skills. It was uber-attacking, defiantly dominant football, a throwback to years of yore, to the days of one Luciano Spalletti.

Which is precisely why it ended nil-nil at the half.

And then...it became the Alessio Cerci needs to prove a point show. It's probably unfair to be so harsh on a kid - and a Roman kid at that - but he put on an incredibly selfish display of football. And it's not that he doesn't have the skills to be an individual - pace, some dribbling and a decent left foot - but his decision making is, and has been all year, fucking deplorable. Something like Doni, but stupid. When there was a choice between an open teammate or trying to cut two defenders and shoot, it was never really a choice. There's a reason why he never plays, and we got a glimpse.

The rest of the game was as dominant, if not moreso, than the fixture against Triestina. Which would lead one to believe Triestina will finish above Catania in Serie B next year. Easy, all too easy, and even Roman killer Morimoto couldn't get a whiff of the ball holding a leash featuring a Tuscan truffle hound on the end. They didn't quite punt it, but they sure as hell weren't quite in it, either.

In other words: a lovely excuse for a midweek runabout. But perhaps best of all...