Share All sharing options for: Consider That Enthusiasm Curbed. 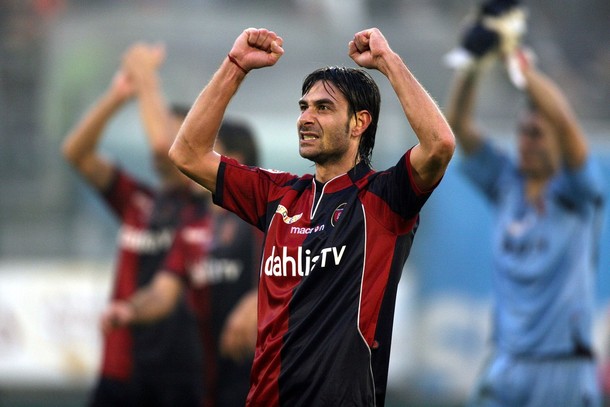 Bruno Conti - That's the second time in as many years Daniele has scored a dagger of a goal against Roma.

It was the Luca Toni sub. It never should've happened - I knew it, he knew it, you knew it, the coach cushion knew it and, in some inexplicable way, even Roberto Mancini knew it - and even while it was happening, I thought 'this is the wrong move, but I don't care'. It's the chocolate cheesecake in the midst of a diet; it's the flashy new car in lieu of the rent; it's the really attractive date with the STD medication on the bathroom sink (Borriello says hi). Sometimes it's impossible to say no, regardless of reason, logic, long-term consequences or any of that psychological hoodoo.

Yeremy Menez - At least pretend like you want to be a professional footballer. Humor me.

(He wasn't really to blame, it just gets annoying.)

Marco Cassetti - Marking opponents in the box in the 93rd minute of one goal games is generally advised.

My good self - Listen, were I to know of my prophetic wizardry I would've titled my post 'Get Excited Because Roma Is Going To Crush Asses And Then Drop Kick Jeda To The Mythical Land Of Tajikistan'.

Phrase of the Day: Curb Your Enthusiasm? What is that bullshit? I was near ecstatic by the 80th: 2-0 scoreline, a defense which I assumed was steel-reinforced, and Luca Toni about to enter his frame into Roma's frame for the very first time. My "enthusiasm" was, though mostly caffeine-driven, epic.

End of the day the result isn't the end of the world and, with any sort of luck, it'll serve as a nice little post-break wakeup call.

But avoid hope at all costs, damnit.