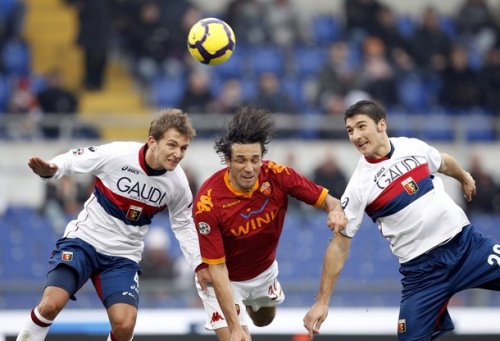 What is a crisis?

Not this. Not yet, anyway. To put it into context: Filipe and Simone Loria are not starting against Juve.

Mirko, Daniele and Julio are massive losses - David, Rodrigo and Jeremy as potential losses surely hurts as well - but not so much that they shouldn't be competitive, at the very least, against Genoa at home, if only because they have to be.

We are, however, in the midst of a crisis, if not the crisis. With the table flipped upside down and a struggle for continued form, luck and an identity wading through middle October, we're left without salvation. Salvation in the form of a kitschy YouTube video, a strategic celebratory seizure, a goofy smile, an unathletic appearance, vaguely coordinated legs and most importantly, the form of simple joy.

Tomorrow will be a dark day. Anything less than a win and we - I, at least - may not survive it.