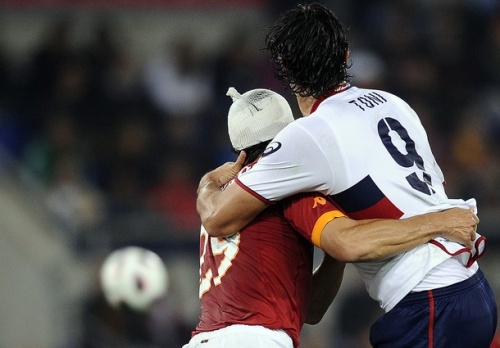 At some point the football gods will listen to my demands: six days between Champions League and domestic fixtures, with league games never more than three days apart - two after a loss - all of which is subject to my arbitrary approval.

I think Roma played yesterday. Or it feels like that anyway. Turns out the play again in, oh, 14 hours. Who's running this dog and pony show anyway.

In situations like this, the best invention ever is the DVR. I do not own a DVR, mostly because my TV watching is almost entirely confined to illegal 3 x 3 inch streams in which people kick a ball around. I do, however, own an internet, thus I found the game, enabling a refreshed memory and shit to feel relevant again.

Plus I needed to see whether Marco Cassetti really ditched the sidepart. And here I was, rocking one in his honor Saturday. 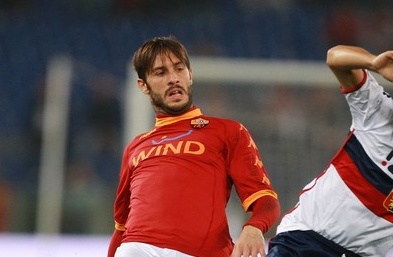 No respect for the fans, I tell you.

So with that...excuse the tangents: posthumous liveblog/review/preview. It's a Genoa thing.

1' One day, Francesco Totti, Simone Perrotta, Rodrigo Taddei and Juan will be past it. They will neither be integral nor needed, instead the dusty relics relegated to museums as the newer models lap what was once a field they dominated.

Today is not that day.

Honestly, you root for a cash strapped club. What the fuck?

4' This may be slightly ahead of its time as well - progressiveness is a staple - but it's worth getting out of the way as the RPM gauges on Taddei, Brighi and Perrotta hit 'oh shit' territory within the first five: add three energy-based midfielders with tremendously high outpits, two of whom are unfit, and an unfit Mighty Mouse and there will always be a letdown late in the game. The midfield is too important to controlling a game and their's was rendered nonexistent.

5' The worry, of course, is what this means for Basel, because Taddei was so gassed Ranieri could've subbed his Madame Tussaud's likeness (supermodel section) with little to no change.

7' Pretty sure Borriello just dove, which is rather disappointing, but is something I'm fairly sure is at least partially rooted in his inability to get a single damn call this year. And I have a theory, the long version of which is for another day, but the skinny is this:

Referees are just as culpable in the diving epidemic as the players. If they'd call the actual fouls, players wouldn't feel the need to topple over to get calls. Borriello's had a solid 17 legit penalties not called this year, and this is the first time I've seen him even kinda sorta dive.

14' Francesco left onside, called off. I'm washing this with Luca Toni's kinda sorta penalty later in the game. Because I can.

15' Rodrigo just one-timed a volley like he's been out since the first game of the season or somethin'.

He's been out since the first game of the season, you know.

17' Awareness of space may be the most underappreciated attribute in all of football; this midfield has it across the board - which is quite literal, most of the time. A flat four plus four does have a certain visual appeal.

19' By February or so, the midfielders and defenders are going to be able to hit blind passes to the channel on either side of the central defenders and know that somehow, Marco Borriello will find it and put that defender ever so slightly.

Hell, they could do it now if some could just unearth the accuracy ('blindly' I've got Pizarro, occasionally Mexes and DDR if you give Borriello a Vucinic mask). 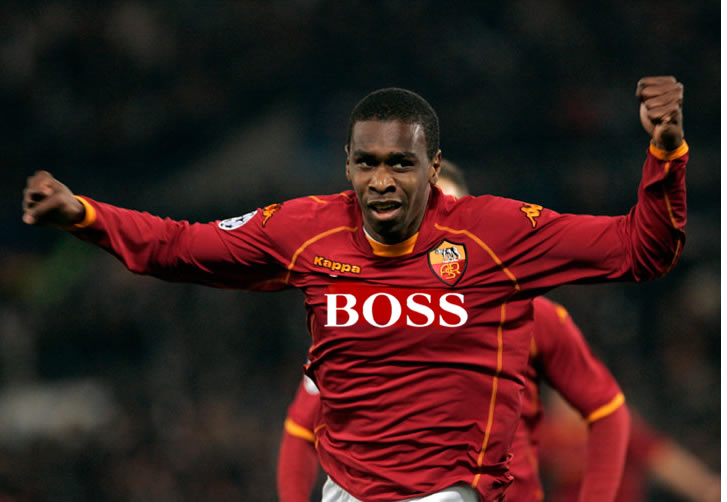 28' That took quite a bit longer than anticipated, but I was able to catch Criscito with the appropriate finishing ability for a current Italian international.

31' Given the compact nature of the four plus four behind Totti-Borri - a staple of the renaissance last year, even - I have a hard time believing Basel can break through unless Roma dominates possession but gets real sloppy with the passing. When playing 50/50 football, this midfield just does not allow for gaps to be easily exploited. Football can be rather simple: pull people out of position and chances open up.

What's more impressive than anything is that he angled the run perfectly. From where he was, a couple meters above the spot, a number of people would've cut to the open lane towards the far post and hoped Totti lofted one to outleap the defender (which he can); instead he ran near post and cut through the traffic. Goalscorers' move.

37' If I were God, people with rat tails would bald from the back.

40' Worth noting Brighi was a mini boss too; given how massive he was when times was tough and the health wasn't quite optimal, I might have more faith in him than all but Juan, Borri, Totti and Juan right now. (Juan counts for two.)

It's pretty impossible to define him. Safety net? Perhaps. He just always seem to come through when the chips are down and someone is needed to give the team a chance in the middle of the park, then slips away into the shadows as the big boys come to reclaim the glory.

(He's scoring against Basel too.)

44' I have indisputable evidence The Cassetti Sidepart simply morphed into something unrecognizable through the game and the 90's skater look was an unintended result.

Presumably everyone will have the same reaction: "Is...is.....is that Chumbawumba?"

48' Charlie Kelly is in the crowd, looking strangely like Daniele De Rossi.

51' We're currently in the midst of a dummy show. I counted four the first time I watched, one of which may or may not have been intentional, but it leaves me wondering if anyone actually touched the ball during the break.

Whatever it was, it worked.

Going to let that simmer for a bit.

Do you suppose Berlusconi dropped the price because he knew Marco would be fucked by the referees from now on? It's not so much a Roma thing as a Borriello thing - dude just can't get a call.

57' Browsing RomaNews while they coast to this 2-0 win - ahem - and find the probable XI. I haven't yet clicked on it, but I'll guarantee it's the same as Genoa - in formation and personnel. And I guarantee that's how they line up tomorrow. And I'll almost guarantee Taddei plays 180 minutes over four days.

Was I right? What's behind curtain number one....

61' You know Totti's back when not thinking twice about hammering a one-timed volley towards net from his own half. Unthinkably audacious.

I would've happily shaved 18 months off the end of my life for the etched memory of ball hitting net.

64' Back to Claudio: I have an idea as to why he left a sub in the bag with a team which had at least three players so visibly tired and lacking in fitness, and at the time I was displeased.

Now, when not watching Taddei struggle to put one foot after the other, I've switched camps: no personnel. A tired Taddei is better than forcing Cicinho, whose defending is suspect, while the central midfield options was gassed. Unless we want to see Philippe Mexes play ball-winning DM, which we don't - he just got back from a suspension, thank you.

67' I fully expected Riise to have a second concussion after taking a size Juan to the face. Typical Roma: one miskick all day and it winds up imprinting laces on the face of the guy who recently took three weeks to remember his name.

70' Reading through the Basel projected...

...I can actually see a few things. Don't usually get these bonuses with Swiss opposition. (Missed the first fixture, liveblogged the second - therefore I saw probably 12 minutes of Basel last year.)

The first thing is that Frei and Streller is a good matchup for the centerbacks - including Mexes, should he play. They're not the most mobile in the world, not by some distance, and those types seem to be handled well by Juan + Friend.

Shaqiri can be a nightmare, which we got a glimpse of at the World Cup; on the left Safari's a winger at heart, so a little like Max (R.I.P.), which means overlap city with Stocker a nice fallback. So take the wings, the wings I say.

78' No one can describe the Genoa goal, so it's not worth bothering.

80' Castellini's sort of like Bizarro Riise: despite playing left mid his first inclination was to drift back into defense, while John naturally drifts into offside positions.

85' Watching the Toni-Burdi replay again, I'm not sure how much of a push Nico gave Luca. Real time I thought it a penalty, but now, not so much.

87' Little more disorganization while being pressed back, which is to be expected with tired bodies, Simplicio having played three minutes all year and Bizarro Riise on the pitch. None of which would've been an issue had, say, Brighi or Perrotta or Taddei subbed in on most normal days, but it makes me think the three points, though not lucky, were of the skin-of-their-teeth variety.

89' Taddei's putt-putting and pulling over to the side of the road, dead empty.

How inspiring would a midfield of Castellini-Simplicio-Brighi-Cicinho be?

Upon further review, Rodrigo should have and would have played the full 120 were this a tied cup fixture.

In other, completely unrelated news, Gasperini was once mentioned as a possible successor to Fergie at ManU. Apparently they've negotiated some sort of satellite training program with the aid of Serie A's fourth officials.

92' I'd like to see Lobont in a crossbar challenge at Trigoria. He'd either hit four feet in front of him or Slovenia.

But he's been a pretty good backup.

95' They're tired, slightly disjointed and causing worries for the 70-90 stretch against Basel.

But a win is a win these days.

And with that, 'til...later today.