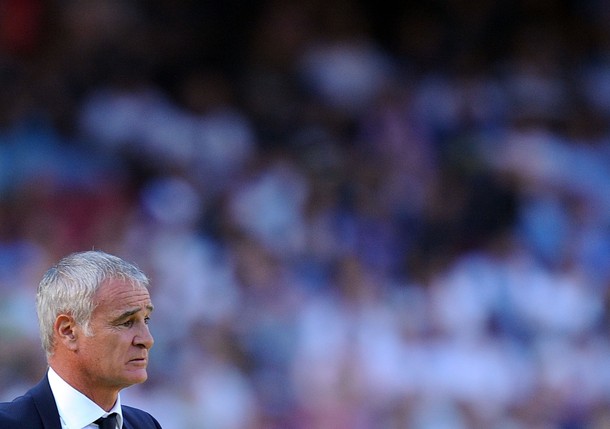 I’m going to keep this both thorough and concise, with a quote you can feel free to imagine from anyone inside the Roman camp:

Not good enough, largely across the board, with a lot of the blame on Ranieri, but not enough to absolve the others.

In the couple of years watching this team from a vantage point far closer than at any time previous, I've learned a few things. Two seem to rise above all:

Everything is the end of the world.

Nothing is the end of the world.

Cesena was the end of the world. And then Cagliari. And then Bologna. And Inter was Roma risen from the dead. And Cluj was affirmation.

And down to Napoli, we’re back to the end of the world.

It’s not, and it never really will be.

Things seem overblown, as they always do with this team, a product of the passion the team evokes and the ever-digging media, and nothing has changed. They beat Inter because they’re a good football team. They lost to Napoli because they didn’t play like a good football team and, largely, were put in a position I guarantee Claudio will never put them in again – not, at least, without a good bit of practice. And, really, he was all over the place on Sunday. (His brain needs a heat map.)

However, footballers are smarter than they’re given credit for, particularly when it comes to football itself. Whether they were on the team last year or not (yes, Borriello), they saw the meteoric rise of Roma and they saw the transformation under Ranieri. He’s made mistakes this year, much as he did during the early stint last year, and occasionally will wander down a wrong path. But ultimately this is a good team and he’s a good coach and eventually, the ship will right itself permanently – even if there’s not a tremendous deal of shame in going down to a very good Napoli team at the very difficult San Paolo when playing subpar (the only shame in being subpar). There is no worry in the integral structure of this team. It’s the psyche; that which has always lifted up and held down Roma, which is the concern.

Nearly two weeks of stewing on disappointment with no quick turnaround could be something of a disaster for this team. The start is nowhere near as bad as last year, not for me, anyway, when they lost at home, at full strength, in one of the most depressing shows of near apathy by a football team, to Livorno, but if they can’t get back on the path permanently - and quickly – they’ll have dug a hole that’s a little too deep to climb out of.

It’s never the end of the world, but it might be.