180 Minutes To Get It Together: Halftime

Share All sharing options for: 180 Minutes To Get It Together: Halftime 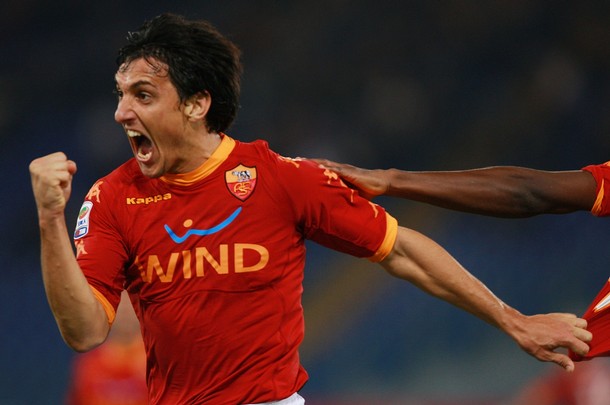 Sometimes the symmetry is too good, the parralells too perfect. So perfect in fact, that even if I told you it was entirely on purpose, you'd never believe, nor should you.

This would be that case.

180 Minutes To Get It Together, as if to imply two games had combined to form one, with each 90 minutes comprising a half. And if we're running with this line of thinking, this was Roma as we've come to know them all too often this year and in years long gone:

Absolutely brilliant in the first half, an absolute mystery for the second.

Easily their best performance of the season, not based on the ninety minutes in whole, but the evolution through those ninety minutes. Without David, with Mirko, they'd swapped attacking links, getting better with each and every ten minute bracket it seemed. For a team so rooted in inconsistency, this was truly promising. On the whole. 28-0 wouldn't have flattered, and if not for the finishing, Lecce's goal difference would've been put into the red for the season. They were just that fluid in the attack, that quick to quality attacking positions as the game wore on, that much closer to understanding each other again.

Of course most of this play came in the second half, but it was really the second half of the first half, so they were still capable of first half brilliance through. Basel will be the test, as they've really yet to put together two very good performances with very good results thus far (Brescia/Inter, but we know how that turned out).

It's not all good though, as while I was busy reveling in the victory, dreaming of flying ball after ball to Mirko on the high left, reality set in: another day, another midfielder.

Matteo Brighi is lost from the one position which can afford no further losses.

You cannot tell me that simply not having the option of Francesco Totti is somehow better, in any way.

The rest needn't any words. We all saw it, we all know how absurd the refereeing in the league is and has been for years.

An injustice, clearly, but when has Serie A ever been just?

And last but not least: yes, this was Lecce. Yes, there is a certain degree of "take what you can get these days".

Neither hold a tremendous degree of weight here. They weren't perfect, but evolved nicely throughout the game and even, gasp, looked something like a team again.

But we won't know the true score until the second half, Wednesday.