Share All sharing options for: This Is The Headline Of Someone Who Can't Come Up With A Headline Right Now 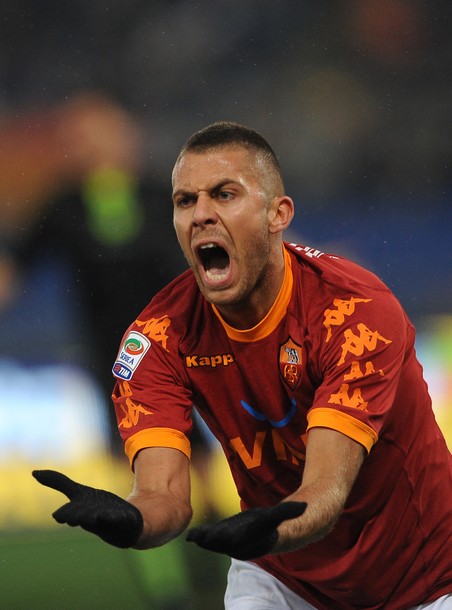 Jeremy does not approve.

I may be in the minority here, and I certainly don’t agree with Ownership, but I liked that game. A lot.

Let me count the ways:

i. Last similar scenario of coming off back-to-back away games during the same week, one of which was continental: Bologna.

This wasn’t Bologna. It wasn’t even close.

ii. The midfield has spawned an addendum: not only is the whole more than the sum of its parts, but the shape of the whole supersedes the whole itself.

Why? Is that the best use of those very same resources? I think not.

iii. To belabor the point, that midfield was never going to look fluid and we all know how important the center of the pitch is to this team. Greco and Brighi are too similar in their short passing games, with Brighi’s technique, whatever of it he once had, now on permanent hiatus as his agent shops it around the peninsula on weekends, and Simplicio’s movement was hampered. A problem somewhat by necessity – Taddei’s not exactly going to sit back there slinging it like Doc Holliday - but a problem nonetheless. They were wonderful going back and contributed immensely to the overall dominance sustained through much of the match, but no, I wouldn’t trust them to build a house out of popsicle sticks, much less an attack from the back against a slew of people plucked off the Bari streets.

Fortunately this game didn’t occur next weekend, at which point that “slew of people” would’ve included a wandering Antonio Cassano.

iv. Hell, the best buildup might’ve been Rugantino rumbling through the center of the pitch like a wonky tractor. I think I’m only half joking about this.

v. Importantly, the Juan goal was offside. And this should be rectified at some convention of calcio powerbrokers shortly. Seriously, it’s not cool, just as uncool as it is going the other way.

However, they should also amend the rule to read that when the man for whom the ball was originally intended has his fucking face broken in the play by an elbow, the goal should still count.

Of course Marco had a perfectly legit goal chalked off and another easy penalty not called, with (yet again) more shirt tugging than a desperate Belen trying to get him back.

Not a wink of sleep will be lost over this. Not a wink. Broken face > offside goal – particularly when that face is of the hysteria-inducing qualities of one Marco Borriello. Or so I’m told by the ladies.

vi. Which leads to this: They dominated that game, not with brilliance, but with domination. Yes, that makes sense in my head. Maybe it was sheer will, maybe something else. No, they weren’t spectacular, perhaps technically lacking and creatively starved, but they were solid in defense - stats say 1 shot on goal for Bari, while ESPN's chart reads zilch (I plead that I can neither confirm nor deny) - and surged forward with intent. At no point in the second half did they seem merely content to sit on the lead, which is something of a staple, but rather they had purpose. That, for me, is a huge win, and a clear indication that this game was half-full rather than half-empty. Games aren’t played on paper, and this one unfolded as such.

I do of course realize they were probably trying to Doni-proof the lead with a baker’s dozen worth of goals – a conservative estimate at that - but still.

Now let’s play a little game. It’s the spring of ’09, at which point Doni was propping this team up, when I tell you it’s roughly 18 months later and we’re desperately disappointed that both Julio Sergio and the Romanian keeper with the freakishly annoying reflexes, Bogdan Lobont, have gone down, forcing Doni into action against Milan, and the fandom is devastated.

You could’ve spat in my face, called me a sorcerer and I wouldn’t have argued.

In other news, Julio Sergio’s injury prone (‘tis what it‘tisn’t) and Bogdan’s more a 1b at this point based on playing time. Doni seriously might have to stay unless they really fancy Marchetti a club No. 3. (I’m guessing Marchetti doesn’t.)

Which might scupper the plans to have Behrami ushered back to Rome in January which, at this point, I will admit would not be the most terriblest thing from a strict technical perspective, so long as he’s still playing defender from time to time – this team’s a 4-3-1-2 now, like it or not (love it) – about which I haven’t a damn clue. Who the fuck watches West Ham?

vii. The simple fact that Totti actually went somewhere other than low left...and it was saved just boggles the mind. It's just inexplicable. Everyone knows. Everyone.

viii. Every time Le Show shreds it like that – a little selfish again; a couple of those shots were begging to be pulled back for a through ball – my chest hurts knowing his contract is up in 2012.

Also, I found this randomly funny - Jeremy's shirt is a hot commodity: 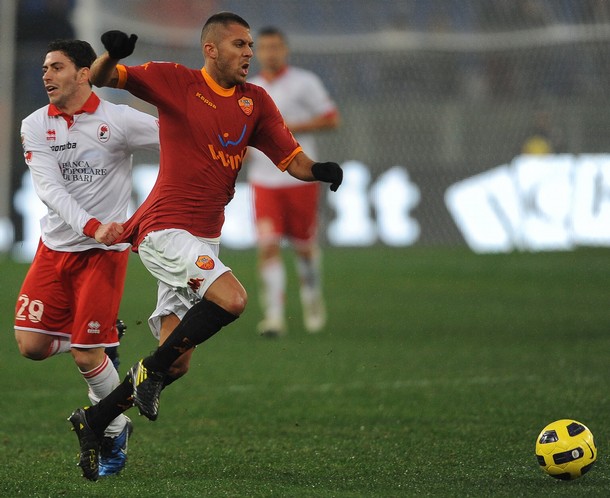 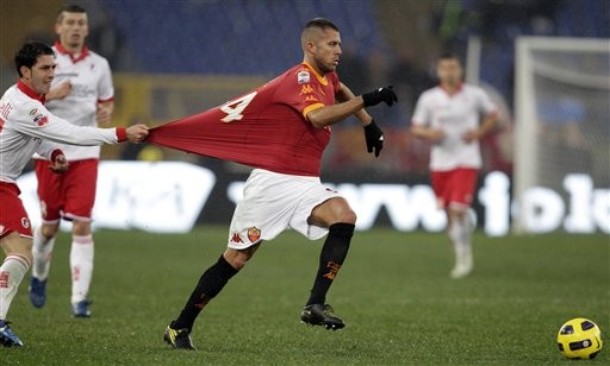 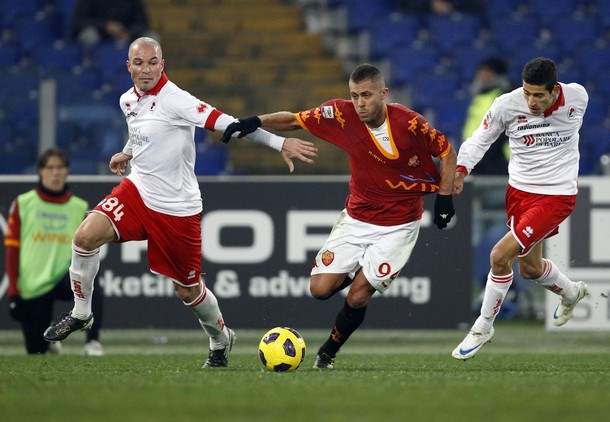