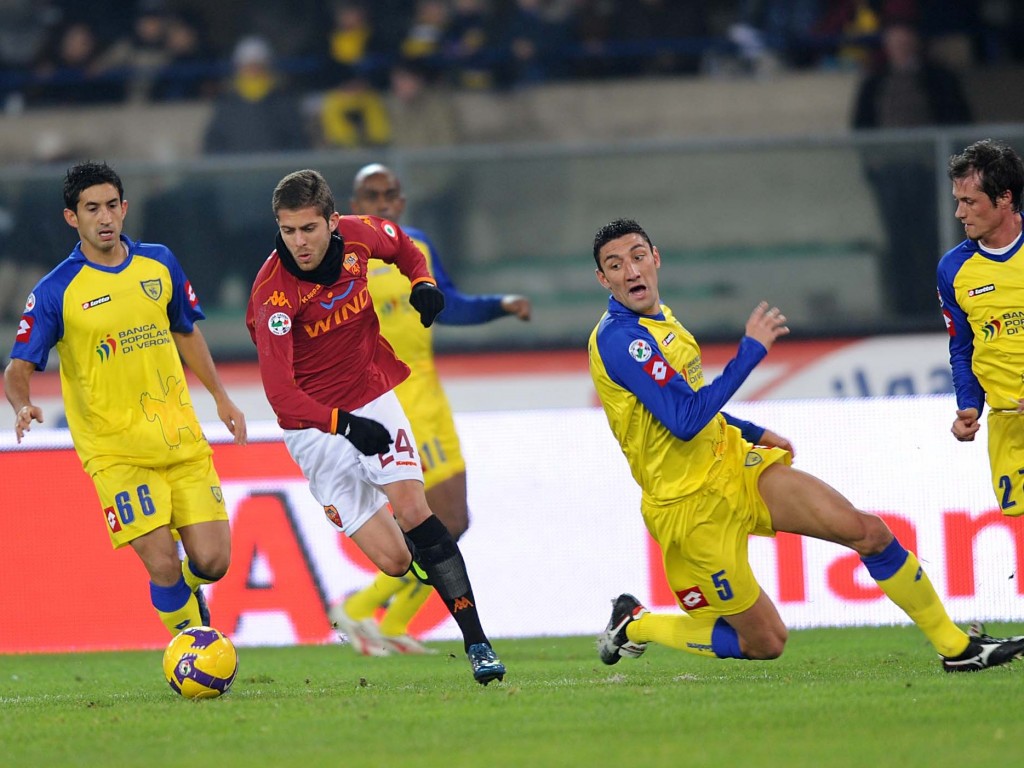 Now see, if the internet was running shit - not yet, at least - someone would've dialed up Pioli and wisely requested they play in their away strip for the day. Or maybe the Champions League kits from.....sorry, I can't stop laughing.

But genuinely, he's going to light it up on Saturday simply because Chievo wears yella. Just you watch.

Random bits and bobs about Chievo:

In the winter time, the pitch looks like a frost heave museum. This plays into Jeremy's favor, as part of his game relies on the "mistake flick", quickly nabbing the ball back under control as it flies off the desired patch. He's kind of like a vacuum in those circumstances. Or, at least by the photo above, a broomstick with a motor. Hidden somewhere. 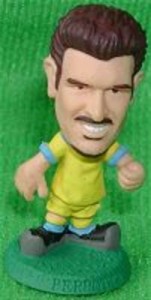 I thought about withholding this information and leaving Simone all to myself, but I'm nothing if not a good host.

RomaNews' projected XI gives me heartburn, but at least the Greek will be freed.

Thinking that heartburn was the worst of my worries, I quickly realized who'd be taking post between the sticks on the afternoon: AS Roma's greatest nemesis, Stefano "Gigi Couldn't Carry My Jock" Sorrentino.

Somebody get me some Christmas egg nog. Ho, ho, shit.

At some point I expect a Me-To-Ad-Bo-Vu line, as it's the only prayer they have of plunking one past Sorrentino.