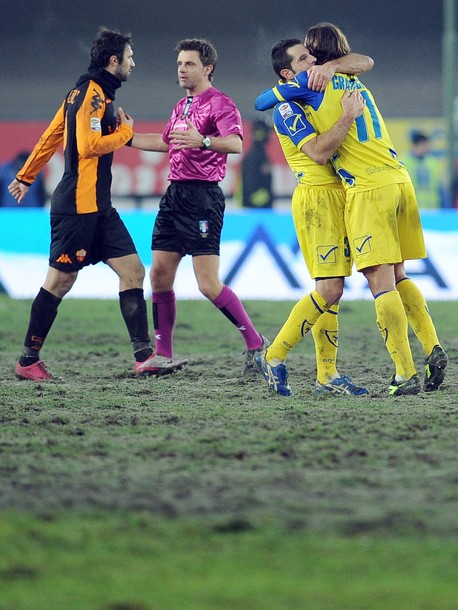 Two of my sporting pet peeves were achieved against Chievo, which is impressive due to its rarity:

i. Throwing away games to lesser teams. I can’t decide if it’s 2006 all over again or just September.
ii. This is a big one, mostly because it shows a distinct lack of depth in thought from people who are paid to think. Deeply.

“Both sides had the same pitch.” - Paraphrasing Chievo’s Flying Donkey

Well it sure as shit was, Shirley, but guess what? That doesn’t really matter now, does it? What matters is the fact that it impacts both teams equally, which it quite clearly didn’t and doesn’t. The more technical team always suffers more, entirely negating the ground game, making the pitch even, yet slanted.

So stop. Just stop it. The gods smiled on you big time today, now don’t throw it in their faces. You stole one via circumstances, now be gracious and slink out the back door before they send an invoice.

All of which is part of the bigger problem: I’ve always been under the impression that Serie A should postpone more games than it does. Remember when they actually tried to play that Sampdoria game a few years back? What was that? Palermo last year? This isn’t judging who the better team is on the day; it’s judging who’s going to win a coin flip.

Of course the problem is that Chievo’s game in the bowels of Bologna was cancelled last weekend due to snow, meaning this would’ve been a second cancellation in a row, which, of course, would’ve made life difficult as a makeup was blockaded by all their upcoming midweek European games. Oh, and the Coppa Italia, which they’ll be crushed out of by Palermo by, oh, Wednesday.

Maybe, just maybe, without that earlier cancellation, this one’s bumped off to January and we weren’t subjected to two hours of mindless non-football. So by my count, that’s four points stolen by Bologna this year.

So fuck off, you future Serie B superstars.

You know what annoys me most about all this, though? The fact that I can go in expecting a draw, have the result end up a draw, yet I’m still spouting steam from my ears like an overworked tea kettle on Hades’ hot plate. 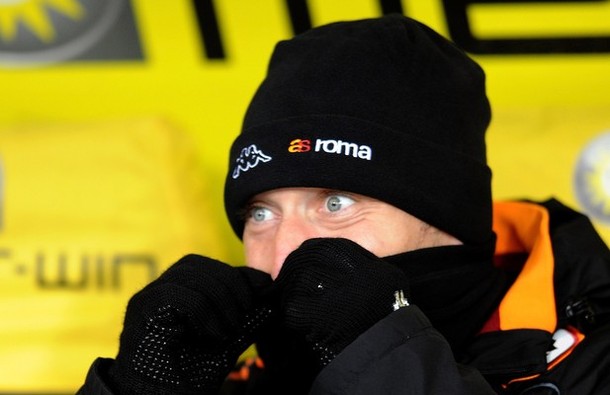