One Point Gained/Two Points Lost: A Matter Of Perspective.

Share All sharing options for: One Point Gained/Two Points Lost: A Matter Of Perspective. 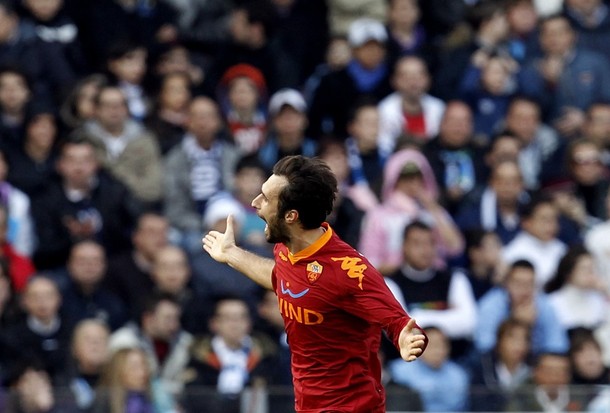 Yes, you can do both.

I was, until moments ago, relatively...oh, what's the word...bummed by this result. They had the three points into, or close to, injuries and an unlucky incident occurred which then saw two points fly out the window.

Then, while replaying the game in my mind, I gained a little bit of perspective.

Scratch that - I gained a lot of perspective. Perspective which came when recalling a recent three man back for Roma.

Immediately to the notes we go:

A disappointing 'loss', of sorts, to be sure, but it's rather easy to forget where this team was not four or five months ago - much less last spring against Sampdoria. They said it'd be a three year scudetto hunt, but two, considering the start to this year, was most likely. One would've taken and still will take, should it occur, that miracle.

To stand back and look at the big picture, despite a few inevitable flaws in the details, paints a beautiful picture: they are still, unthinkably, sixteen undefeated in the league, 36 of 42 points, and holding a ten point buffer in the Champions League spots. Wishing for anything else in retrospect feels flat greedy.