Share All sharing options for: Flotsam & Jetsam, Plus More Flotsam For Good Measure 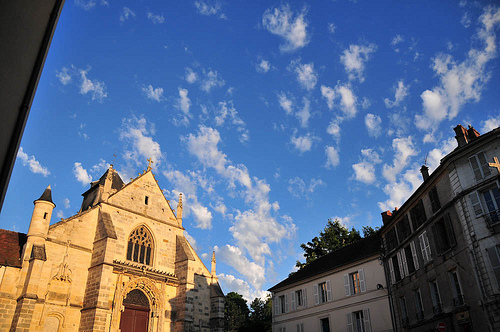 Randomly, I found the schedule post from earlier in the year. In it, we (a genuine we) labeled the first eight weeks 'brutal', or some variation (Genoa, Juventus, Siena, Fiorentina, Palermo, Catania, Milan). The calcio world concurred. Shall we? We shall:

I doth think they're still doing quite well...

One of my favorite new things - which isn't really all that new - is wearing pants. A close second on that list is Soccerway's colorful form indicators, because I'm fucking five and colors make me learn good. That it parallels a stop light makes me jump in gleeful recognition and want to play with my Tonka trucks.

Bump in the road; a road which was far too smooth for far longer than reasonable expectations dictate.

Though current form is supremely important - and it is lacking a bit - there's another bit no less important: the schedule. And my, does Roma's season run-in shape up quite well.

The more difficult teams at home, the easier teams away - and one of those "away" games only technically so (though you needn't remind me the home team often wins). Not only that, but the home-away alternate perfectly - I'm not sure what, if any, effect that'll have.

If they can take 20 points out of 24 during the difficult portion of the schedule, including a few whilst lacking important bodies, what can they do to the decidedly easier back-end? Surely not expecting a replication of, well, right now - undefeated since October - but it still should be quite good.

I've harbored fleeting, fanciful title dreams - in the same way I did at the beginning of 07/08 - and the schedule is the main reason why. It was front-loaded, and they still tore through it like a purse-starved Rosella at a decent Hermes sale.

I've crossed the line a good many times without a second's hesitation - I typically like to balance out my daily 'good deed' with an 'oh, he's going to hell' - and I'm as yet undecided if I'm ready to crack jokes at Adriano's alcoholism, as I too have a drinking problem. Granted it's Crystal Light fruit punch I fiend for daily like a slightly more desperate, slightly less self-respecting Harry Goldfarb, but a drinking problem's a drinking problem - regardless if it's a low calorie non-alcoholic delicious fruity beverage.

So I'll say told ya so for now, and declare negotiations with Adriano officially ovah, one hopes, whilst writing up clever shit for a date as not yet determined.

New website I popped upon the other day dedicated solely to tactics. It immediately earn a thumbs-up by naming Spalletti's divine tactical intervention the 5th greatest tactical team of the decade.

I've read through a few things, including the Milan recap, and was impressed by the breadth of general knowledge, which does naturally incur a fluffing of details as a result. This can skew a few things (you'll notice one prominent example in the first link), but for one person to manage all this is mighty good.

I've a penchant for descending into random Roma highlights of yore. Recently, I pounded through 2007-08. Three somewhat clips: the good times, the bad and the tear-jerker.

Tis impossible at this point to argue it wasn't a stroke of good business and better timing.

And speaking of bidness: William Gallas.

They're going after him, we know this - Ranieri's already bought him once. We also know he's on a free. And furthermore we know Daniele Prade is in London, presumably not for a sunny vaca.

There are four things going on here, none of which I like:

i. They're shunning Andreolli and looking to have four good-to-great solid, veteran central defenders.
ii. They're not signing Burdisso.
iii. They want him to be vice-Riise.
iv. They're pitching Mexes.

I don't dislike Gallas - well, I do, but that's more because Jerome Rothen called him an intellectual baboon in his biog, which I love, but don't necessarily want in Serie A - yet don't want him. His wages - even on a two year deal, which Arsenal reportedly won't offer and - are going to be high enough for a guy who'll be 33 before the season begins.

i. Andreolli has done nothing but impress, or at least not disappoint, save for one game this year - Bari - and even was a part of the machine that (mostly) shut down Inter at the San Siro. He's young, he's superbly talented, he's performed, he's Italian, he's inexpensive and he scored a goal that would've made millions of Roman babies were it not against Fulham in the Europa League. Isn't this kind of the ideal for a fourth central defender?

ii. Burdisso has, despite being on loan, gelled to this side from the start. From everything he's said, everything he's done and everything he's shown on the pitch, he's a Roman whose ancestors got lost somewhere in Argentina. Not to mention he can't go back to Inter after admitting their refereeing has been a bit "curious" these years. It's doubtful Inter's holding out for a ransom, and if Roma can maintain this Champions League stronghold, he and Luca should be number one on the list.

iii. According to Football Lineups he hasn't played LB since 2007.

I'm not sure aged 33 is a good time to relearn old tricks at a position which requires more mobility, not less.

iv. You don't sell Philippe Mexes. He's been...mental blank for word here, so you'll have to bear with me (is this me admitting I do these in real time? damn - sorry, I'll try harder)...fuck, it begins with a c...or inc...consequential? no........screw it, up and down for most of this year. Patchy form, a few injuries, and a lack of match practice due to Burdisso hasn't helped. But Ranieri - not to mention Daniele, Simone....goddamnit, inconsistent...and a few others have mentioned it - has remarked the what makes this team tick is largely due to the atmosphere in the dressing room. This team likes each other, and when they feel good, they play, err, good.

Philou is always the first one off the bench to congratulate his teammates even when he must be crushed not to be playing; he's the consummate professional whose work ethic or determination have never, ever been in question; he is, when he's on, a world class centerback and the partnership with Juan, when on, is second to none in calcio - Burdisso/Juan are good, but Mexes/Juan is on another level; but moreover, he's as close to Roman as one can be without being born inside the city walls. He is, by now, part of the fiber of the shirt, and praise gets no higher than that. This would not, in any way, shape or form, go over well in the locker room.

You can sell Aquilani - that stung, but was understandable, after time, as he'd never become an indisputable weekly cog in the side. Philippe Mexes would never, ever be acceptable.

(And the reason I even drag on is out of a bit of fear.)

But finally there is a fifth, and after watching a few things unfold this year, one which wouldn't be entirely unthinkable:

Three central, two wingbacks, allowing Riise and Motta to thrive. No one's pretending they're the world's greatest defenders, and both have the motors and pace to make the flanks a playground with an extra safety net in the back.

It's certainly better than a few of the alternatives.

Quiz time: first person who can tell me the significance of the photo at the top of this post gets a prize. It will likely be some sort of slave work for me, but since I'm a prize, it's a prize.

Matteo Brighi's agent is at it again, and it would appear Stefano Guberti's agent is his apprentice.

It's wrong to hope for the cruel hand of chance injury on someone, so I'll hope someone clubs him right in the voice box with a tire iron. Twice.

And finally, to polish off the 07-08 highlights above: vintage Ermes.