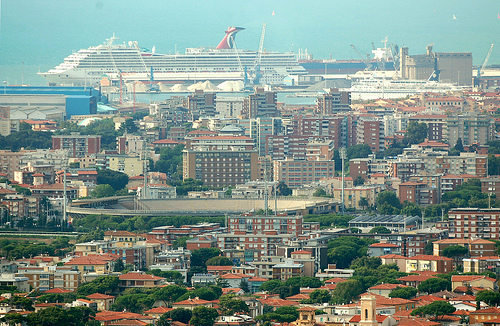 There is the Curse of Toscana, and then there is Livorno.

They have not won at the Armando Picchi since October 15th, 2004. They have not beaten Livorno in the last two and a half years. Moreover, Livorno has brought forth three of the worst incidents in the last few years:

i. Losing 1-0 at home this year; a loss which, in the grand scheme of things, is far more inexcusable than anything that's happened at Old Trafford. Largely due to losing to the bottom side at home, but more so because it was one of the weakest showings of determination Roma's offered up in years. It was like watching an 11 man interpretation of Mancini 07/08 for 90 minutes.

And at that, would you like to know how many goals ex-Roman Francesco Tavano has scored this year? Two. One, two.

ii. Totti's injury. It never impacted them quite as expected - in fact they ran riot in the weeks after, proving the myth that Totti is Roma is simply just that - but watching it was heart-wrenching, once again.

iii. The Amelia. Even though there were many, ahem, outside forces which handed Inter the scudetto that year, Marco Amelia was no less guilty. To watch a Romanista, a man who would bleed to play for the team, stop shot after shot after shot and then attempt to apologize to the fans afterward was on par with watching Totti go to take a shot that day and simply fall down because his knee was in tatters. And not simply one game - both games that year, two one-all draw. Four points which would've done a lot of good.

And with Amelia gone, it's gotten no better - worse, even. So there's only one conclusion to draw: they're Roma's bogey team.

There will be a lot of scoreboard watching this weekend - for the players, for the fans, and for the new recipients of Giuseppe Mascara tattoos (aye) - but this one goes a bit beyond that. It's a bit of vengeance, yes, but it's also time to exorcise one of the few remaining demons from the Spalletti Era which has spilled over with the new regime. A time to restore some pride.

A time to simply bury them.