Share All sharing options for: Livorno: Damn The Gods. 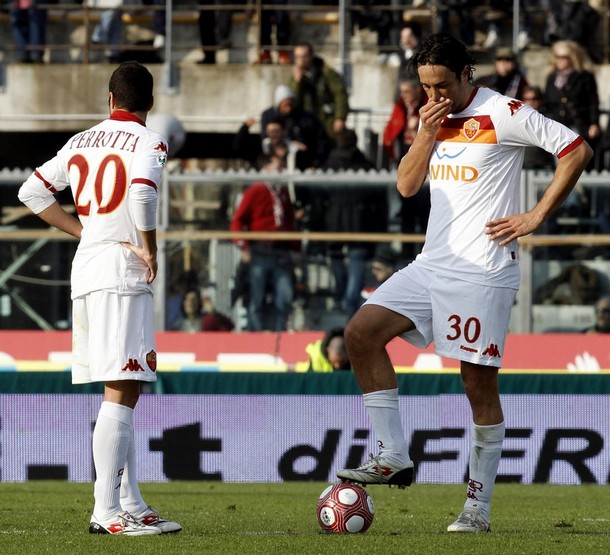 You want to tactically analyze this match until kingdom come; to throw blame around with no regard for women and children; to lay waste to hopes, dreams and all those abominations of optimism life offers us. But you can't. Why?

No amount of tactical reasoning or shortcomings can describe this game, or any game against Livorno, for that matter. This one comes from on high. (A mythical high, but upon high nonetheless.)

How do you explain the Juan penalty? There was nothing wrong with what he did - it was a stonewall penalty, no question - but every defender flies into challenges like that, and this one somehow magnetized to his awaiting marionette hand. The missed Pizarro penalty? He's no Totti, who can draw a map with a giant X and hand it to the keeper yet still inexplicably bury it, but the post? Tell me the wind didn't push it. Freakin' creakin' Cristiano Lucarelli scoring three goals? He was averaging one in four before this!

The curse lives on, and we are suddenly Livorno fans. Why? Well, two reasons: their safety improves the chances it's the goatophiliacs going down to Serie LOL, and it also means it won't take years for another crack at the Armando Picchi.

San Siro: home away from home*.

You can't help but love this team. They'll kill you, but you can't help it because there's simply nothing rational about Roma.