Share All sharing options for: Milan: A Matter of Perspective! Part Deux. 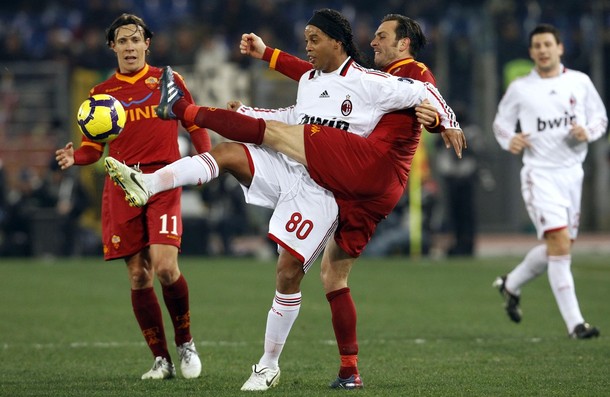 They played poorly, by their standards, against Milan and earned a point...

And people are upset by this? They lost no ground in or around the currently relevant European spaces; they tacked another clean sheet on the board; they put handcuffs on Milan's best player for 89-odd minutes; and they did so with a whole three games remaining against top half teams - all of which are at home.

This is not a week-to-week sport: points will be dropped, form will be imperfect, chances will go begging and fans will be left seething. A marathon, not a sprint.

Still undefeated since October and 5-2-1 under Ranieri against Serie A teams which qualified for Europe last year. And no one's pretending they're in December/January form, but they're allowed not to be - they're human. Blips on the radar for professional athletic teams are, shockingly, allowed and, even more shockingly, inevitable; when that blip spell includes a draw with Milan, you're doing something awfully, awfully right.

It'll now be interesting to see not the result, but the performance after a proper week off. If they succumb to a draw with Livorno...