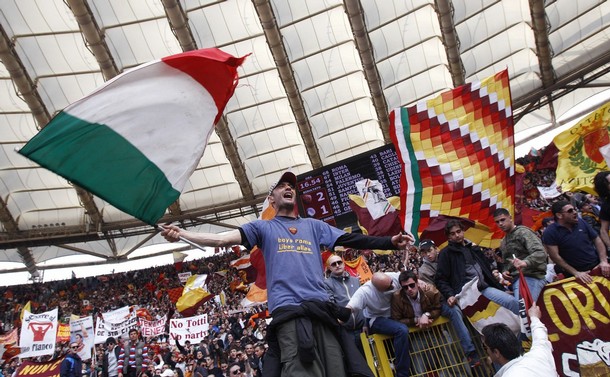 Things in the rearview mirror are not, in fact, closer than they appear - Atalanta's way back there somewheres. Into the DeLorean we go.

This is where the futuristic ride ends. (What, you think I know the future? Come on.) 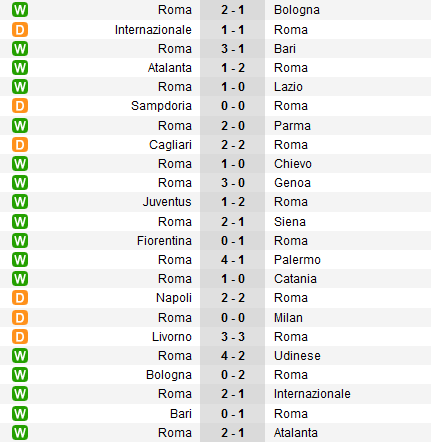 Vincent ain't got nothin' on that use of color: 11-3-0 during the current turn of Serie A.

Despite the funnily shaped lines which so often fill up the belly of this here page, I'm not a big fan of words. Deep down inside, I'm a mathematician - a 5 year old mathematician. Give me the most basic description in integers, symbols or hieroglyphics and I'll be happy; if you can get the point across with vibrant graphs including farm animals, well blow me down.

I like Kamran's graph from the other day: a story, no story.

But given that this is a place for words - hastily thrown together words, but words nonetheless - they're probably due.

I started breaking down the 23 games of this here unbeaten run before quickly realizing the levels of stupidity to which I was ascending. So with that never happening, let's move onto the good part:

There's really not much to discuss this week, as there should be during a derby week. I'd love to bang on about current form, and though I try my damndest, I can't help but admit it means little going into the derby. The only thing which will affect the outcome is that which occurs between whistle one and whistle three on Sunday.

Until then we can celebrate Lazio's suckitude, and we will, but that's getting kind of ol....nah, it isn't. There's little point in discussing transfer rumors: the current squad deserves our full attention. Plus, as you might've noticed, we're in the present section, goddamnit, and though they may be my rules...rules is rules. Time to make things up, I guess.

The meaningless awards in a time of meaning:

Best use of form currently: it's between David Pizarro and Cassetti's brazen use of the sidepart. We'll declare current co-MVP's and let them scrap over the trophy.

(Which, obviously, David will win because short guys fight dirty and Marco musn't muss his mane.)

Best use of his time/best subtle great form: Mirko has now finished 7 of the last 25 games, while scoring 14 goals. His minute-to-goal ratio must be damn near tops in the league.

Best form which isn't being allowed to shine: JSB. I've mentioned my doubts on the aura simply because he isn't being tested appropriately, but after that brick wall he quickly masoned on the early offside call, my faith is restored.

Best identity crisis: Nicolas Burdisso. I used to think Juan and Mexes set the bar as defenders who failed to realize they are actually defenders and not center forwards. But despite Burdisso's ability to actually hang in central defense 99 times out of 100, his boiling over when missing a chance on net has me worrying for his personal safety. He does get he's not supposed to finish those, yes?

Best use of a bench seat: Marco Andreolli. He's played 18 Serie A minutes since November 22nd.

At this point last year, Simone Loria, Souley Diamoutene, Marco Cassetti, John Arne Riise and Some Guy From The Training Staff were all playing centerback for Roma. We are well and truly living in a bizarro world.

Best use of a razor: My feeling is that Jeremy's beard-growing skills mirror his development as a footballer: sure, it's nice to run free for awhile, but a little trim never hurt anyone. (Well, there once that Troy fellow.)

So until he's ready for the bearded big leagues, it's best to stick to the basics.

Best use of a proper beard: Daniele De Rossi. A true leader. 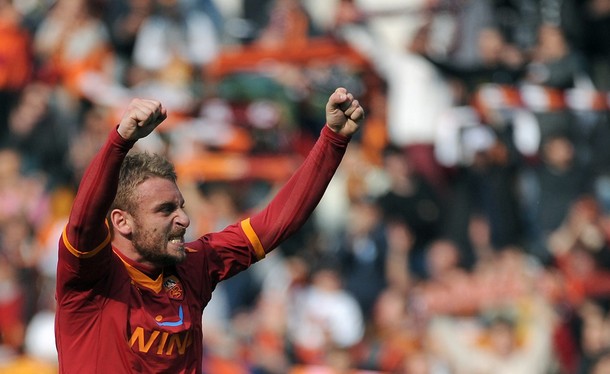