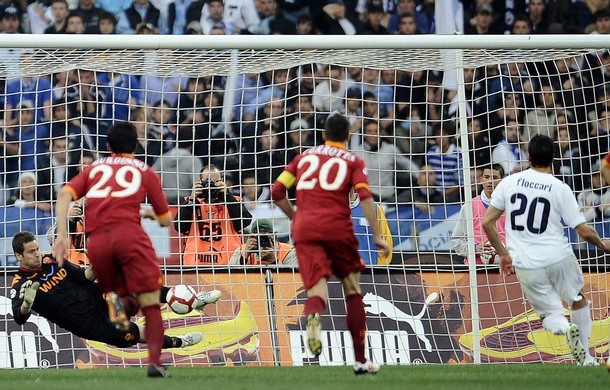 There was so much which went right in this derby - well, half-right. Every player deserves their own encyclopedic volume - from the aerially superlative Juan to the Roman professionals on the bench - but these are the five which, for me, defined the derby.

They're not meant to be in any particular order, but they likely are anyway.

The encapsulation of what he's been for this team all year in a December moment, then replayed in April: savior.

Once, twice, a thousand times...Mirko Vucinic has It.

Much like the enigmatic genius he possesses, It is unquantifiable. So too is Mirko's impact on the aura which envelopes this team.

That, my friends, is It. 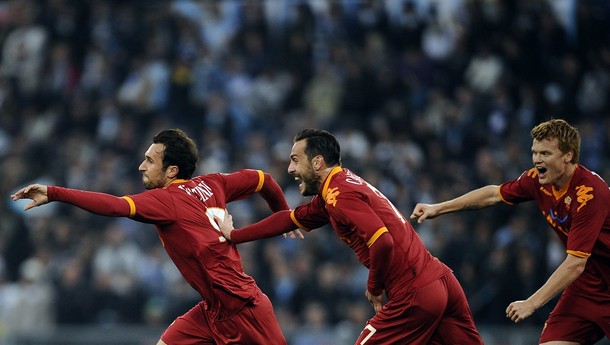 The smallest of things win the biggest of games.

Not Ranieri's coconuts, but the subs themselves: Rodrigo & Jeremy. They were both outstanding, both precisely what the side needed, and both performed on par with the stage. Each won a decisive foul, Rodrigo the penalty and Jeremy the free kick, and both gave Lazio fits, each in largely different ways. They went a great deal in transforming this derby into a tale of two halves.

And for the second straight derby the men of the bench, unpreferred before the game, rose above and beyond their initial status. True and proper difference makers.

He ran from box to box in order to put in a last-ditch tackle on Rocchi from mere yards in front of the Roman net, like a proper captain.

They all deserve their own spot in some way, but these are the five players or moments who defined what may become a defining win.