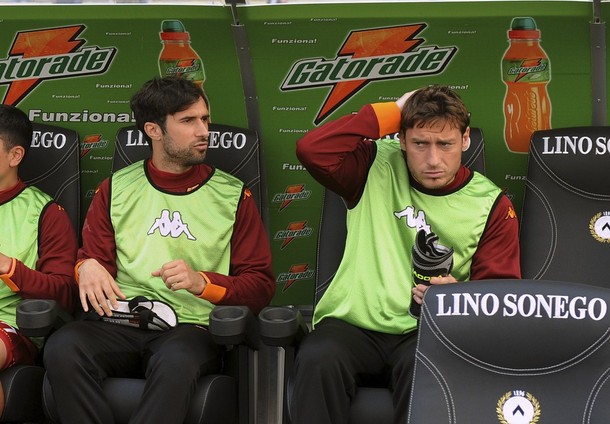 It's rather boring at this stage of the season, isn't it? Just sorta...win. Or else.

Those ringed fellows match up well, they've got Italy's other genius (he used to play...somewhere, I forget), Pazzini and a midfield which, on its day, bears a general resemblance to Roma's deep two, with good wingers (even if they aren't required in Rome). In a word or four: I don't like it.

This time, the moons of Jupiter will not be required of Ranieri. This time, he'll merely have to get it right from the start, which means Tovuto will likely not make an appearance. In fact barring injury, Tovuto may not make an appearance again this season - to the point, it needs an overhaul in the summer. The rumored is Me-To-Vu (Menez, Totti, Vucinic), presumably in a 4-2-3-1 but perhaps in a 4-3-3 with Menez on the right wing and a central midfield three. It's nice.