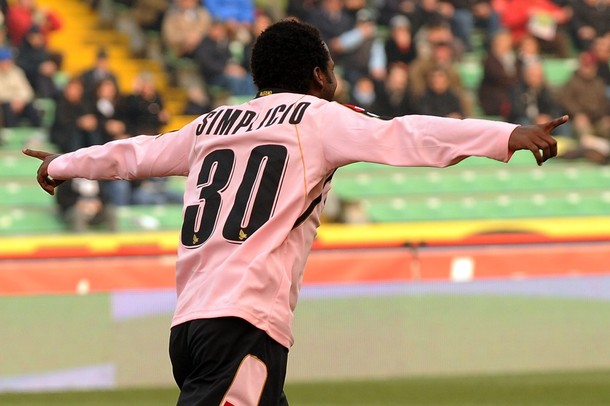 I downloaded that picture of Fabio Simplicio probably 12 hours ago, cracked open a fresh new post and...had nothing to say. The signing is as uninspiring as the position he will play, the economics involved, and yet it was necessary. It's boring, it's uninspiring, it's mundane, but it's necessary, and that's football. They need someone who can spell Pizarro, someone who can switch formations in key positions for Claudio whenever the wind changes - move front to back and vice versa - and someone who will be able to kick the living shit out of Adriano while yelling at him in Portuguese through tears when he steps out of line (assuming Julio Baptista has worn a Roma shirt for the last time). They had no one on the roster who could fill those requirements - hell, even Brighi only had number two covered and I have suspicions Taddei would go down like Sonny Liston - and thus there was Fabio.

The boring but quality veteran backup with good character who knows the league and comes in with no pressure - sounds like that Burdisso fella. Welcome to Team Building 101.

(Plus he can play Santa.)

In other Brazilian news, Taddei's close to re-signing and Adriano's an idiot, whether it's legit or not. But you knew that already.