No Money, No Problems.

Share All sharing options for: No Money, No Problems. 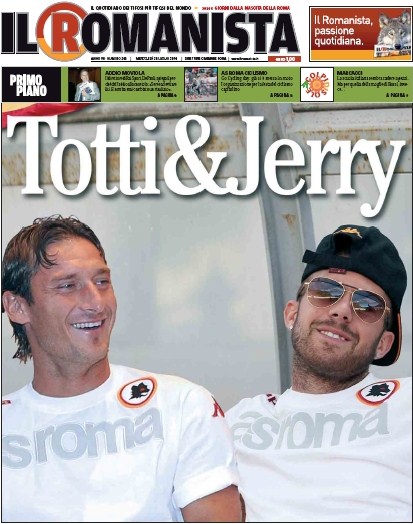 The internet is a horrifying commentary on the future of society (I'm here, so that's problem number one); the type of medium where all encompassed within can now be dissected into one of two groups: like or dislike. A method which seemingly moves us forward but can also be seen in two words: pollice verso.

How'd that work out?

That's just not how life works, and certainly does not apply to the mores of football unless you happen to be owned by an Arab sheikh (inching closer by the day...). That doesn't mean the system doesn't hold value, it simply means it needs to be expanded upon to a more complex structure of varying degrees. Take, for instance, that I like my family as well as Reese's peanut butter cups. Now I may like both, but I'm only putting my life on the line for one - the Reese's (it's a curse, man).

And voila, not all likes are created equal. We'll have to do something about that.

There are two divergent paths here: one continually reminds of the wonderful year put in by adopted-Roman-in-waiting Nicolas; the other, the logical portion, tells me that he's not that good, never has been, and though last year certainly isn't an outlier, it's not necessarily what we should come to expect as typical. The latter is the same portion reminding me how good Mexes used to be.

This doesn't mean he shouldn't be gone after with vigorous intent - I'm getting flashbacks of Prade's infamous stand in Madrid over Cicinho (whoops) - and all the money they don't have, but it won't be the end of the world if Roma are forced into a Plan B (we can talk when they enter Plan C territory).

But there is a silver lining: it wouldn't be Roma without a summer full of drama. Once again, this feels real.

Like/Dislike: Dislike
Degree: I dislike this like I dislike people with toy dogs in my elevator. I'm annoyed and I'd like to kick them right in their smarmy little faces, but ultimately I know it'll be over soon and the world will still revolve in the end. Probably.

The Plan B, reportedly.

Mixed feelings, obviously. There was one point in Serie A that he was good, and one point that he wasn't - same goes for Wolfsburg to a degree, I think. My expectations of Burdisso's 2010/11 are very cautious, so I'm not sure the gap between the two is tremendous at this point. Make no mistake, Barzagli was well and truly excellent for Wolfsburg in their title run and probably deserved another look from Lippi. (Couldn't have been worse, right?)

To be honest, I wouldn't half mind seeing both Andrea and Nicolas gone after to fill out the depth chart and calling it a mercato after finding a body, breathing optional, to spell Riise when he needs a break once every 8 months. But this, of course, would require selling off the Brazilian Musketeers: Cicinho, Doni & Wholio.

Castel di Sangro ain't got nothin' on that.

Surprisingly, it looked like a July friendly against a Qatari side. (!)

However, one bit of note which can be aptly summed up by this little glimpse into me: I don't buy shirts, kits or sports memorabilia in general. It's just not me. I don't own a Totti shirt, a De Rossi shirt, a Batistuta shirt or any other Roman shirt and probably never will. Sometimes I'll flippantly say it when I'm impressed, but ultimately I won't.

Tuesday afternoon I started poking around the Kappa site for a Menez shirt, very prepared to buy one and throw it in the closet for the ever elusive yet seemingly inevitable one day. There's something awfully special about this kid and it finally appears to all be coming together - and this isn't just about Al-Sadd.

Were Luciano Spalletti still running the ship, my fingers would be bleeding, my heart rate to the tenth degree of something and my lawyer working furiously to update my will.

As it stands, I'm thrilled. Roma twice in less than 36 hours? The gods are good and grand, people.

Going to try a liveblog experiment once again - don't act like you have somewhere better to be.