State Of The Roma

Share All sharing options for: State Of The Roma 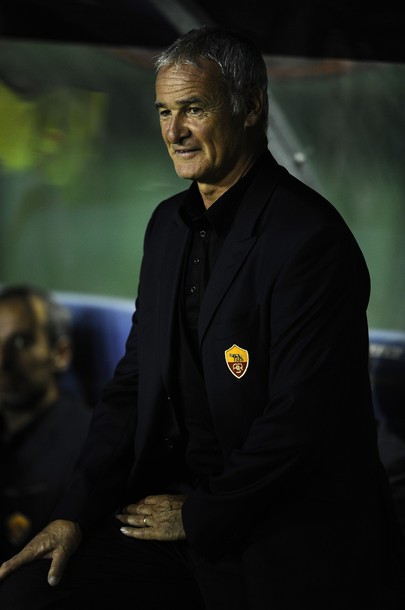 The plan was to do some sort of t-2 week roster breakdown and speculate til I couldn't speculate no more, one I even began on Monday with lots of blank stares, head scratching and Stefano Okaka Chuka YouTube-watchin'. But alas, I've been ever so lucky - Claudio has done me the favor.

There are no reserve teams in Italy and therefore there is no Roma reserves, unless you count Siena (R.I.P.). Claudio's English education has enlightened him to the ways of the backup squad, and he's fashioned his own out of the undesirables, unrequired footballing lepers.

AS Roma is now preschool: one session in the morning, this for the smart children, and one in the afternoon for the 'special group', those who will fill societal gaps. And become lawyers.

Claudio's trimming the fat, if just for the final three training days before the cup of super (including Wednesday).

I steal from Blogistuta because if I have one elite skill in this life, it's cutting and pasting. Coloring inside the lines? Not so much.

You'll notice Philippe Mexes in limbo, footballing purgatory, because that's where people who captain the French national team these days go. However, we can be reasonably assured he'll land somewhere near the first XI, if not in the first XI once Nicolas Burdisso makes his plane to Rome on the morning of the 28th. (Book it.)

While it may be easy for organizational purposes and sends the all-too-clear message that it's best time to find a new club and/or start accepting life in the Greek not-so-SuperLeague, I'm not a fan. A number of these players are going to remain in Rome simply because dumping half a roster with two weeks til the deadline, some of them on contracts which make Vernon Wells look the bargain of the century (note for our non-baseball following brethren: worst contract in sports - ever), and being demoted can't possibly improve that vaunted 'Roman chemistry'. It may not hurt it, but it certainly won't improve. Least not when Cicinho hires Brighi's agent.

But it does do one thing: makes assessing the squad much, much easier.

So without further ado, the depth chart with those that matter.

(The keeper depth chart will not look like this on September 1. The end.)

Here lies a problem. Conventional wisdom says two things: a) Ranieri will generally start out with something vaguely 4-4-2/4-3-3, and b) it will not end up like that.

Thus we have "roles", many of which are loosely defined. So we'll need to get creative.

* - At this point I needed to move from the couch to the desk, turn on the light and actually, unthinkably concentrate, in the midst of which I was asked "you look sick - do you feel alright?".

These can probably be separated into two groups:

i. Players who they wouldn't mind sending off on loan while covering the entire contract.

ii. Those they wouldn't.

Therefore we can consider Group I gone while they attempt to find suitors for Group II. Cerci, though not makin' the millions, has one year left on his contract and it makes no sense to send him off when they could use his energy, direct running, dribbling and complete inability to pass the football every once in awhile.

They need a Burdisso-type and a vice-Riise regardless. The luxury will come if they can offload some combination of the Brazilians, at which point a winger is on the docket.

Simple in theory, complex in practice, but fortunately time is plentiful.