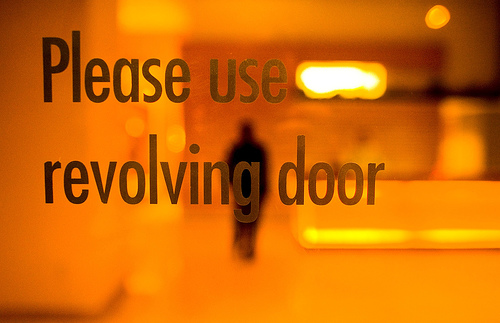 The hopes were high, the opportunities were not. It's a situation no one can bemoan: when called upon he played well, but he's simply not the quality of Juan, Mexes or CB3*. Not yet at least. And with the old contract coming up and Marco seeing little chance of forging a career in Rome (Juan's virtually unmovable and Mexes is all of 27 with CB3 also in the mix), this is how the cards were dealt. Similar to Marco Motta: good puzzle piece, wrong puzzle. You wish him the best and move on with the pieces at hand.

And once again, this is a wonderful problem to have.

Loan from Parma with right to buy from the change in Totti's Ferrari (€1m).

Proper left back, proper defender to play all 12 minutes John Arne Riise will miss this year. I'm knocking on wood, of course, but Riise would still find a way to push himself into the lineup with his knee tethered by a solitary ligament. And in short sleeves.

As for Castellini....you can't really talk about him without mentioning Riise, once again. John's main attributes are running, durability, the mystical ability to turn Simone Perrotta's FM stamina stat (I'll assume it's 21 out of 20) into a fraction and scoring beaucoup goals at the San Siro. These are the types of attributes which make the backup almost a nonissue so long as he can defend occasionally.

Extenuating circumstance and though John's not perfect, a nice one to have. 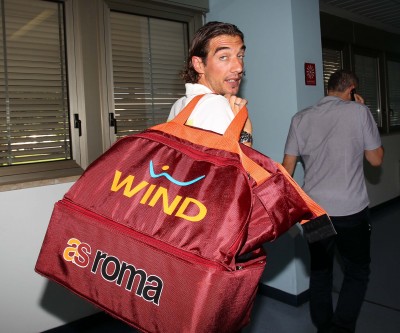 Onto more pressing matters: where in sweet Care Bear heaven can I pick up one of those AS Roma intro giftbags? Does it come with a complete training kit, warmup suit and all three gameday kits, tugging along a letter from Unicredit requesting they be washed and dried with all stains removed, then returned by noon the day after the game or else? And do any of them include a scrunched up David Pizarro like one of Willy Wonka's golden tickets?

Permanent transfer to Fiorentina for ~€3m.

My love for Cerci stems from two undeniable absolutes: 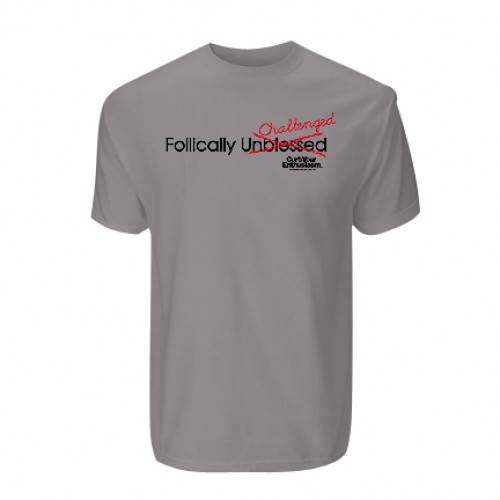 Outside of that, he has me entirely nonplussed. He has abilities, not unlike a number of players in Serie A, but does not seem to possess the mental abilities to extract the most out of them, like so many other players in Serie A. And yes, that's where he stands at this point: most of the players in Serie A are superbly talented, but the difference between average and good, good and great, great and Totti, is that little something extra which comes from the intangibles.

Cerci's got some skills - most of them in a straight line - but not enough elsewhere. Maybe it's the hair blocking brain frequencies. (I've heard worse theories.)

After a summer in which the funds from sale were salivated over without a suitor in sight, it appears he's finally needed and...lo, a suitor appears on the Portuguese horizon.

How very AS Roma.

Julio Sergio's muscles seem to still be ridding themselves of the Spalletti-itis they didn't acquire from the stands in 08-09, so let's hope Claudio Ranieri politely requests that Prade, Conti, Montali & Co. not sell Doni just yet or else he'll fucking kill them all with his bare hands and then bench them at the half of the derby.

I expect him gone by Monday. Just because that's how it works.

I bet Julio's going to write some sweet ballads on unrequited love and undesirability on his acoustic guitar this year.

The teams that want Julio Baptista do not interest him and vice-versa. At this point in the mercato with the For Sale sign having been out front since, oh, January, there is the ultimate hope that someone whose mercato plans fell through will break the Baptista glass and pull the alarm. So even though nothing seems to be falling in line, we are entering his marketability wheelhouse.

But should he not be sold, I won't weep. My eyes may well, but I will not weep because I still have that slightest inkling of hope someday he will somehow remember to....run into the box.

The strong rumor is that Juventus thumped up €8m for his services which Roma immediately matched, backed by the near-complete Cerci sale. Juve's money was accepted; Roma's was not. What happens now remains to be seen since Nicolas has made his choice clear: only Roma.

When a club which has spent a billion euros over the last some-odd years is afraid of one which is owned by the bank, it's a rather pathetic indictment on their abilities to build rather than buy a football club.

And this is why I love this Roma. No money? No problem.

i.) The Serie A opening day is absurd. Saturday opens the season and then...qualifiers. They play again on the 11th. Would it be so agonizingly difficult to push the start back to the 11th, allowing the mercato to finish and teams to truly be formed, throwing another midweek game somewhere in the winter? There's little rhyme or reason for this, I'm just rather annoyed.

ii.) The thought of Ibra back in Serie A really annoys me also.

iii. Take notes, kiddies. (Samp's been on my mind.)

iv.) The Champions League groups draw is today at 1800 CET. The pots (it's fairly self-explanatory, I hope): 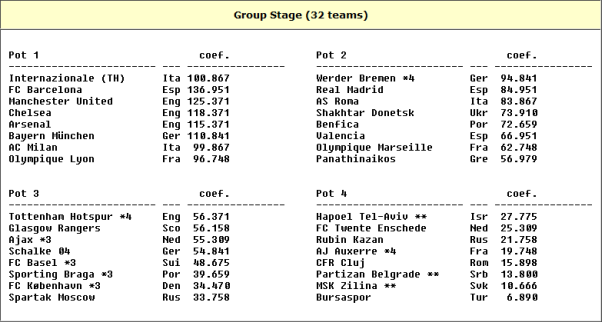 Suffice it to say, Lyon's the ideal for team from Pot 1; anything involving FC Barcelona resides on the opposite end of the spectrum.

(They cannot draw either Milan side.)