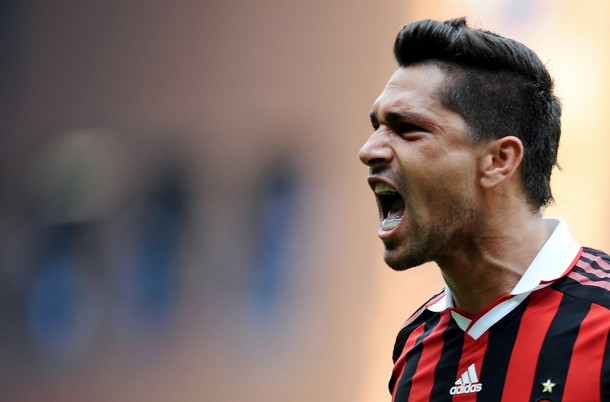 Marco Borriello is permanently Roma's. Sort of. This is that fuzzy math you see running willy nilly in Italy from time to time:

Borriello is here on free loan for 2010-11. However, they are required to buy him - not "oh, we'll think about it" - next summer for €10m with payments spread over the three years and Marco's agreed a 5 year deal with Roma. So that is, yes, a one year loan with a 5 year contract. Basically it's calcio's version of NO PAYMENTS FOR 12 MONTHS!!!!, complete with dancing monkey in hat.

The theory is easy: Unicredit stumped up the cash to buy Borriello, but would rather the club is sold by next summer and have new ownership footing the bill. So they'll cover it, but have left a gap in which they can wriggle out.

And with that: €10m is an excellent, excellent price for Marco Borriello. Really excellent.

Everybody wave your STD creams in the air...

Full purchase. No loan, no co-ownership - Marco's 100% Roma. (€13-15m) Now it appears he is on loan when Borriello said he wouldn't leave unless permanently. (Milan's site has crashed as well.) Or maybe it's €2m now and €13m in June, just a strangely structured sale? (Giving Unicredit time to not have to pony up the full cost, but as a safety blanket in case.)

LaRoma24: Free loan, 10m to purchase outright. That's something of an absolute steal.

He may not be Messi, but he fills a massive hole in this team - the one they were hoping Adriano would nestle into. Now, they have more of a guarantee and can simply hope to hit the lotto with Adriano.

It's a win-win. (Lose for the internet, however - the stampede has crashed the official site amongst others.)

Behrami: And they are not done. Roma's trying to insert Cicinho into negotiations for Behrami, who took the time to fly to Milan and looks increasingly to have wasted the frequent flier miles. So sad.

(Valon appears to be headed back to West Ham.)

Honestly, not the worst of outcomes. 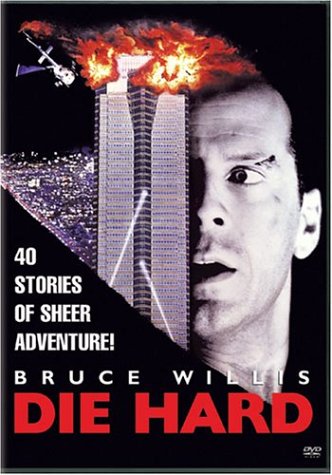 The battle, ladies and gentlemen, has begun.

Unicredit has given Roma the money for the full purchase.

I do a little dance.

I swear to bejesus, if I see another Brazilian goalkeeper.......

Borriello: The grand prize. Once again, Rosella's going at it hard, with purses flying everywhere.

Unicredit has given the green light to pay €13m for Borriello (right after Roma gave a big ol' 'fuck you' when Milan asked for Mexes in return). That's just astounding me, for some reason. I barely expected the €2m for a loan to be found.

Ahmed Barusso: He and his massive thighs have been loaned to Livorno for the year.

Something says he's not quite the new Michael Essien.

Doni: Fulham has made a bid which has been accepted. Now, we wait...

Borriello: It would appear Marco is Plan A - what with the hierarchy having listened to what I have to say (or having seen Adriano with his shirt off, one or the other) - and it now seems Roma are on equal ground with Juve, if not on the front foot with Juve continuing their attempt to buy success with a €20m bid for Pazzini. The rumor is that talks with Borriello broke down when he requested 4m net, which Roma obviously cannot do - or at least will not do - but once Robinho lands in Milan, he'll have little choice but to accept what's being offered or else sit on the bench for six months.

And Rosella's pushing for this one hard, which prompts a number of questions when considering Borriello's STD panels.

Further reports imply Roma are now the favored choice for Borriello. Take it with a half a grain of salt, but it also makes logical sense too.

- Juve's deal was reportedly €2m for the loan plus €13m for the full boat next summer. Given the last time Milan let Borriello go, at Genoa on co-ownership, where he proceeded to light to world on fire and cost Milan six arms and a leg to bring him back, that seems a very fair deal . Roma wants to exchange loans with Baptista heading to Milan, which doesn't seem like such a stretch (they did take Mancini all of 8 months ago, remember), but Milan didn't bite.

Roma may not have a lot of money - or any at all - but I'm fairly sure they could scratch up €2m somewhere, even if it's Francesco Totti's savings account.

Borriello: I was going to write something about not closing the door on Borriello just yet since Juve has 400 attackers on their roster and they still need to get the go ahead from Marco.

Sky beat me to it - don't close that door just yet.

Simone Loria: As you may know, I like Torino quite a bit. However, they've been difficult to watch in recent times, and the news that Simone Loria may be exiting Rome for another go around in the northwest is bittersweet, since they'll now be even more difficult to watch. Again.

Leandro Greco: The Greek is about to parlay Parisian friendly heroics into a move to a Serie B club, Padova, which finished 19th last year.

Gonzalo Bergessio: Striker, Saint-Etienne. Not a cot damn clue who he is - his Wiki tells me he's a striker of 5 goals in 31 Ligue 1 games...oh beating heart, do fly true - and sounds more of "his people approached Roma" rather than "Roma want Bergessio".

I'm not sure whether that makes him less or more likely.

In other news, his Google images page is an ode to strokes, Bell's palsy and general facial paralysis.

Federico Marchetti: The rumor is if Doni goes to Benfica, he's the prime choice for vice-JSB.

I have no idea why Roma would need a backup the quality of Marchetti, but I'm damn sure not complaining in the event it happens. (Mario Cassano, 26, of Piacenza and Rubinho, older, of Unibrow FC are the other choices for backup.)

Julio Baptista: This is indirect and loose mathematics, but 1+1 typically does equal 2. Typically.

Huntelaar is going to Schalke. Something says they can't do both Baptista and Klaas, nor would they want to. (And, to be frank, I've heard worse ideas than rolling the dice with Adriano and Huntelaar this year - that's too much ability not to hit on one. Banking on one, however...)

Valon Behrami: I've decided since I'm the only person in the history of Google to have bookmarked a 'behrami' search filtered by one hour, everyone else should share in my misery as I alternately remind myself of his positive attributes* and consider a quick and painful method of death. Hence the 24h slowblog.

The latest is that he's arrived in Milan, which is neither Rome nor Palermo, but is where the calcio world converges on Mercato Deadline Day (duh duh duh) every year. Therefore....someone's probably getting him.

Julio Baptista: This, of course, is contingent upon Julio leaving a club with no money for one with even less in Schalke 04. Not holding my breath.

Marco Borriello: And with Zlatan now Milan-side (plus a possible Robinho), Borriello is suddenly on the docket. I'm a big fan of this move, partially because Marco's good at football and Roma could really use someone who pulls the odd goal out of nowhere (he comes with half a retroactive behind-the-back-around-the-billboard-off-the-post technical masterpiece for Cesena), but I'm a fan mostly because Adriano's fat. That's all you really need at this point, and I shall expound later.

Marco's done gone to Juve, it appears, who are turning into the Italian (read: poor man's) Manchester City. How many players do they need to lose to Bari?