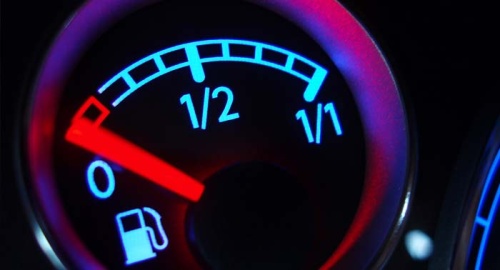 I'm trying to find ways to rephrase the summation at the end of the liveblog, so why not post that? Good idea - someone around here needs to cut corners in order to guarantee fresh legs.

I think this game can be accurately summed up as: they had 60-70 minutes in their legs, Ranieri tried to squeak out 90, because if they had run with Bayern, they would've had 40-50, and they just didn't have it.

It wasn't a bad performance, in fact it was quite good and what we'd hoped for much of the time, particularly with Mirko and Menez on the bench and Totti still obviously under the weather, but they clearly hit a wall in the second half. Bayern had more, and they won.

You ride these things out. There was a lot of good in this.

The bad was in Ranieri's inability to read the situation and react accordingly. That's the mystery.

I gather most saw this coming, and if you go back through the comments, you'll probably find a lot of people who called it at some point before the game. Those people can come and get their virtual cookie now. Well done.

The first half was good and certainly an improvement over Cagliari, which was to be expected. They had chances, perhaps even more chances than Bayern, while nullifying the quick, dynamic counter which Bayern obviously wanted to utilize through space. Job done, and a 0-0 would've been excellent.

The worry was the hour mark. We knew it as soon as Burdisso was sent off against Cagliari; as soon as the lineup looked largely familiar (there was little choice); and as soon as the first whistle blew. There would be a wall, and it would not be pretty.

And let's be honest once again: Muller's goal was phenomenal. Not scoring goals or creating enough chances is one thing, but there's not a great deal of shame in conceding those types of wundergoals. Shake your head, applaud, move on...if you can.

The only real problem lies in Ranieri's inability to see this coming, or seeing it coming and praying to ride it out. Nine men who played over an hour of 10 man football away to Sardinia and then traveled to Munich, at least one of whom is ill (I'm waiting for there to be a Michael Crichton-esque epidemic in the locker room by the sounds of it), and the only sub used was in the 81st? He's enigmatic and a unique character, but even that's absolutely baffling. They were huffing out visible fumes through the 70's and...nothing.

Bump in the long, difficult road - a bump which came during the most difficult game of the groups. They'll come good eventually - they've obviously got the quality to string together some form, health and thus confidence - it's just a matter of riding out the wave.