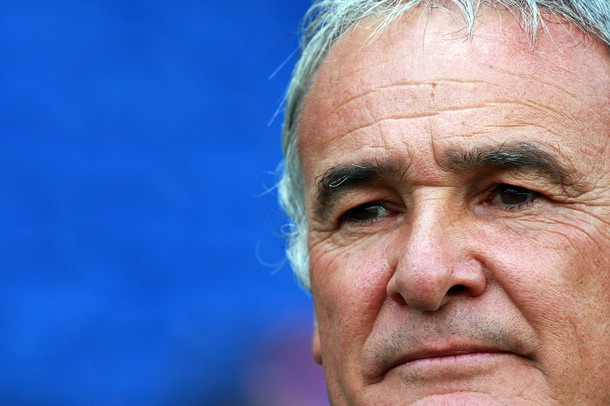 As the weeks roll on it gets more and more difficult not to hit ‘that button’, but I’ve managed for one more week. I’m serene, even if no one else is, including Claudio. Maybe I should run a seminar.

Brescia, however, is my last straw.

The difference between winning and losing, the street footballer and the globally adored superstar, the fairtytale story and the forgotten heroes is often found in the little things. Both of their own doing and those of the cosmoses, those little things are of on vacation somewhere.

For the former, I partially blame Nico and his inexplicable snowball from hell. Mexes probably wouldn’t have played (at least not for 90 mins), nor would they have been forced into using That Guy Who Looks Vaguely Like Someone Else On The Team And Is Rapidly Shooting Up My Shit List, otherwise known as LB option #5. Nay, with Nico they would’ve been down to a far more acceptable fourth option. When you’re lacking options to begin with, it’s not a particularly bright idea to go and pick up suspensions on top of it. Of course it’s not his fault that Riise, Mexes and Mirko all found themselves injured while on int’l duty, so maybe he’s absolved and tossed into the bin of misfortune.

But that’s the way it breaks when the tide seems to be heading the other way, hence the latter. For this I see the Mexes handball as Exhibit A. Handball in the box, but instead of deflecting away, as most are apt to do, thus earning a penalty, an otherwise errant ball deflected to the foot of a Bologna shirt 3 yards in front of the spot for what was distance-wise, if not statistically, better than a penalty - twice. They had a bit of luck in that, and in Matteo Rubin giving back Cicinho’s dagger of two years ago, luck they haven’t received much of this season; point in case: Juan’s goal. On the balance they had two injury subs, one goal chalked off, one Guillermo run on – Lady Luck was certainly not in their corner.

Perhaps it’s not the “little things” when being forced to play a staggeringly incompetent, on the day, in the result, backline, but it’s the little things which got them there, partly of their own doing, partly of poor luck and circumstance.

The problem is there is no fix, no one player who can return as a cure-all (though Riise would certainly help). Lots of things need to happen, and not all lie within their control.

But the largest tonic should be: just win against Brescia. Sit 10.5 behind the ball and play Totti at libero with Adriano the lumbering counterattacking option, I don’t care. Nothing, absolutely nothing, fixes anything like a win.

And maybe that’s what they needed – to get to this point which, trust me, is not rock bottom. Against Cesena, there were reasons, or perhaps just one - Antonioli; against Cagliari & Bayern, the very same. They could be swallowed and rationalized and explained. Even if it didn’t sit well because yes, every loss hurts, as professional footballers who could understand the reasons behind the curtain, they were able to get back to work with a sense that next time, it would go a little bit more according to plan.

This one smacks of something else. Less the stinging wake-up call of Cesena and more a bit of “this one’s on us”.

Maybe it wasn’t entirely, and maybe they’re being pulled back at times by those fickle and mysterious forces, but they really need to feel like this one was on them. Mission accomplished.

Either by necessity or choice, the last three games have each seen a slightly suboptimal return on the substitutes. With teams in good form, you can see the subs coming from the day the fixture was announced. Say, for instance, Matteo Brighi for a midfielder not named Daniele De Rossi to help close out a lead.

How the subs break down over the last three:

Feel free to asterisk the injury subs with an ill Francesco in Sardinia and Bavaria, if you so desire – I haven’t.

Oddly, the one game in which Ranieri was allowed potential tactical use of three subs – mercy me - he did nothing. This is a pattern of forced first half subs going all the way back to last year, so maybe he just was just holding them thinking they’d been used for an injury early against Bayern?

The one thing to note on Menez is he changes this side from proactive to reactive in a flash, and with Mirko gone to the land of mystery leg injuries, he’s the only real philosophical switch behind the strikers. Not bad, mind you, since most teams in football have zero at that level. Whether he notices this or whether we’re due a “why doesn’t he love me?” table-thumping presser is the question slash worry. Hopefully it’s a product of his Bavarian ills and he’ll get 90 minutes shortly. Like Wednesday.

The crux is this: at some point Claudio needs to be afforded, like most football coaches, three subs. And, you know, use them.

Part of me hopes he reaggravates the injury and is given a couple months on a couch. More than anyone, he needs it. The boy’s been going for far too long on the pitch and off, for Roma and Italy, so he could use a break. He’s played well enough at times, more than well enough recently, really, so any bitching is unfounded (sorry, but he’s Daniele fucking De Rossi and even at 80% is better than anyone could get for a check of €20m; anything else is just ignorance or the ludicrous belief that even very good DM’s fall off trees), but he’s still not vintage. Vintage for 5 months is a better product for Roma than a battered edition for 7. They can cope.

But, of course, he’ll be there for either Inter or CL. Why? Because he’s Daniele fucking De Rossi.

There are a number of common threads linking the last three games - Cesena I see as independent - but overwhelmingly, the one which shines the most is 90 minutes - as in they haven't played it. Against Cagliari, they had 20 minutes of XI; against Bayern, they had 70 minutes of leg; against Bologna, they had 75 mins of defense.

90 minutes of football against Brescia. It can't be that hard, can it?