Share All sharing options for: Grasping For Silver Linings 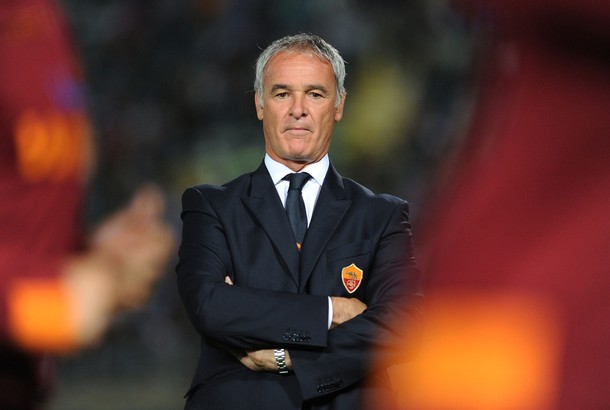 As disgusted as I, or we, may be with calcio at the moment, it's not all bad. Not all terrible, at least. Something like being fondled by your local priest: it's horrible, sure, and the lingering effects will be irreversible and life-crippling, but at least it comes with a free ticket to heaven under their Customer Satisfaction policy. And you needn't even die within 30 days.

There is one large silver lining I can spot from far, far away - much like the general population with a shirt tug or a handball... - but a few trickling in through as coping mechanisms on this difficult-to-swallow fall day.

Ah, the life of Roma.

But for the love of all that is Francesco, could these guys just catch a break?

Julo Sergio's ankle is not broken, but ligament damage possible, if not suspected.

More tomorrow, but given the way the bench has looked all season, I wouldn't recommend pinning hopes and dreams on an Alexander resurrection from the dead. Bogdan's plainly the No. 2, and unless Claudio forgets how to count - rosaries at the ready - Saturday's very likely to be a Romanian adventure.

This is something akin to having acid poured into an open wound whilst begging for the salt.

“Everyone saw that the team did everything it could, but unfortunately it was marked by the decisions of the referee. Their penalty was non-existent and we should’ve had at least two spot-kicks."

“How can you give a corner for a challenge on Matteo Brighi? Plus whoever was marking Marco Borriello didn’t even look at the ball, he just dragged him down.

“The lads honestly did not deserve to lose. It was one of those bad days. We made some fouls in the first 20 minutes and got three yellow cards, fine, but then the same method wasn’t applied to Brescia.

“We all saw the handling offence from the touchline and the officials didn’t? It is clear, so visible.

I left and came home, not seething but still in a state of mild shock, and decided to once again watch this replays.

Not a smart move.

Watch at your own peril, but do make sure to offer Philou a standing ovation for his world class tackle of all ball. Outside the box.