Share All sharing options for: Fifth Time's The Charm 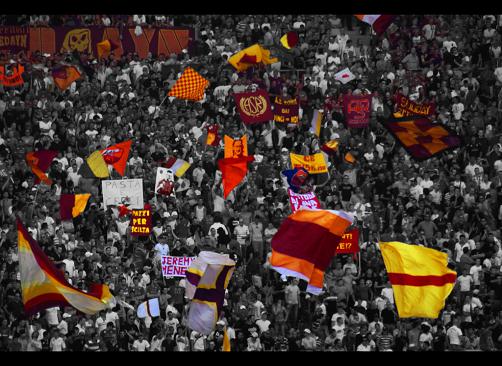 In olde times, momma often quipped "if you can't say something nice, don't say nothin' at all".

In these moderne times of sharp lines and sharper ballpoints, I say "if you can't say something that won't send the masses grasping for Prozac, don't say nothin' at all".

These thoughts are genuinely all I have at the moment, broken like a record constantly being tugged down by its shirt, as the eyes flutter, the head bobs and I stare outside the window at the vastness beyond the menacing, daunting 'scrapers standing in my way of a clean break and open skies, thinking 'well isn't this metaphorical'. Maybe more tomorrow, maybe not; maybe we all just find some poison, find an Inter fan, pour a couple drinks, one of which is tainted, and not care who grabs which glass.

Everything else is just a brainstorm which I'm slowly realizing could be published as a book of sports cliches. Why yes, they should play like champions today while swinging for the fences, not pulling any punches and giving 110%. But most of all, one thing'll do: