The Glass Half Contains Some Liquid

Share All sharing options for: The Glass Half Contains Some Liquid 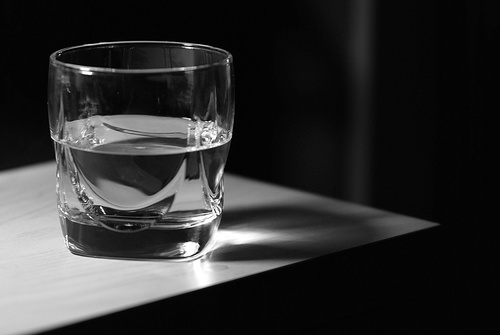 Let's play a little game called glass half full/half empty, as there are several vantage points to perch one's self for both this game and the recent run that is Roma.

Half full: Roma has won 4 in 5, including Milan at the San Siro.

Half empty: None of the performances outside of halves two against Bari and Milan were particularly convincing.

Half full: They've conceded four goals total in those last five games, all four of which could be at least partially attributed to Juan.

Half empty: If Juan can fail so spectacularly, what's next?

Half full: Three of those wins have via a 1-0 scoreline, a staple of good defensive teams.

Half empty: The goals have relied on a certain degree of luck, not far off being the staple of nil-nil teams.

Half full: Cesena barely got a quality whiff of net.

Half empty: Neither did Roma.

Half full: Ranieri's substitutes both had a hand in the decisive goal.

Half empty: They came fairly late and at the expense of Mirko Vucinic's happiness*.

* - There's been a massive transition this year in that a) there is extraordinary depth up top, b) there's quality in depth and no clear pecking order - they're all apparently worthy - and c) Totti's knees have not requested their annual spa treatment yet. It's very difficult to rotate five plays of such quality after years when Mirko and Totti were on the pitch, whistle to whistle. Menez got used to it. Borriello got used to it in Milan. Those two...not so much, and they're clearly not dealing with the required adjustment quite as easily. From a lack of any sort of depth to a problem in quality depth in the span of months, only Roma.

I just see this little mini-run as the closest thing we've seen yet to last year, sans the aura and mystique due to a potent cocktail of surprise, jubilation and a ltouch of revisionism.

No one pretends like Roma 09-10 was a crew of world beaters from one to ninety, because they weren't - they were world beaters from ninety to one. They weren't always the most dominant, independently reassuring team in the world, but they got the job done, by hook, crook or unshaven Montenegrin. The aura that was the unbeaten run really belied the fact that they didn't play particularly well against the likes of Siena, Atalanta, Bari - three teams likely to be in Serie B in about five months - and feel free to toss in a number of teams in here as well. They scrapped, they fought, they defended like maniacs and they lived by Ranieri's mantra: simple, solid football, an emphasis on locking the back door, and then allowing the individual brilliance of the attackers to be individually brilliant. It's not like they were Barcelona or Spalletti's Roma redux; they were pragmatic, unaesthetic and, at times, downright ugly...but they won. And the performance gladly played the role of sacrificial lamb so long as the three points went tick, tick, tick on the board.

They weren't great against Cesena, but they were solid in midfield, defensively dominant and allowed the individual brilliance of Borriello to create the opportunity for a goal. An owngoal it may be, but the genesis deserves ample credit.

Quietly, very quietly, the glass is half full while standing a bit further back than one might be inclined.

[Mostly this is just a rehash of immediate postgame thoughts with that other Roma blogger fellow over at the church, which we've resurrected after observing the winter break - the Ukrainian winter break.]

And now, immediately onto Bonus Derby. Just a shame it's Coppa, as it'd be quite nice to finally leap over Lazyo in the standings at the expense of Lazyo.