If This Were Craigslist, This Headline Would Be Looking For A Hitman For Daniele Conti (But It's Not, So It Isn't)

Share All sharing options for: If This Were Craigslist, This Headline Would Be Looking For A Hitman For Daniele Conti (But It's Not, So It Isn't) 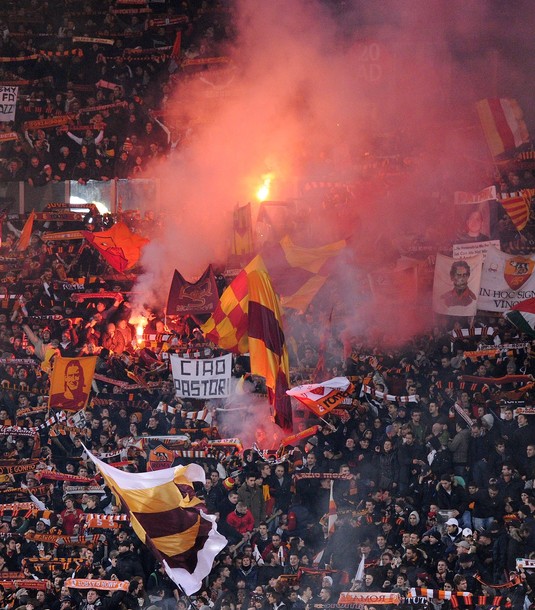 I'm fairly convinced that were I running this dog and pony show that is calcio, the sport would be far superior to its current state. Today's earth-rumblin', minority-swoonin', baby-makin' platform promise:

After a city derby victory, the winner's schedule* is pushed back one extra day to allow for unnecessarily rambunctious celebrations. And more pseudo-blog posts.

* - This wouldn't count for Lazio, but come on - it's not that's a real consideration these days anyway.

A Wednesday derby win; a Saturday return to reality. Ever unsurprising, ever cruel. And old nemesis Cagliari, no less.

I realize the Curse of the Sant'Elia (read: why Matteo Ferrari will be going to Hell) does not apply to the Olimpico for plainly obvious reasons one can find on Google, Bing, or anything with a map function, but these days, Cagliari frightens the life out of me. See they, unlike Lazio, are capable of beating Roma, for whatever reason. Call it the Curse of Daniele Conti, which means that's two curses we're working with, meaning they've either combined additively (trouble) or exponentially (someone get Nico legal representation - even though he's thankfully suspended)...or they've canceled out.

I don't know which, and I don't plan to know until I've removed my head from the white paper bag into which I've been heaving like Adriano on a treadmill for 90 minutes. I know this: Cagliari is the new Tuscan province - Roma is going to lose or draw in crushing fashion away and require unnecessarily heroic heroics at home for the win. Claudio has this team well on the right track save for a certain, previous infallible Brazilian defender, but Cagliari might just be his bête noire, as he says.

Along with Cesena. And Sampdoria. And Livorno. And...

Maybe, on second thought, I shouldn't be running calcio after all. I'm a very mild-mannered person, and this damn league has me hating everybody.

Prime among them the sons of club legends.

Therefore I'm also ninety percent convinced I'm only half joking when I say the longterm fate of Associazione Sportiva Roma relies upon Daniele Conti leaving the Olimpico pitch lifeless before the twentieth minute.

Running to RomaNews for the projected lineups and awaiting a peek at the striker spots is a dreadful enterprise these days: there's no right answer, yet someone will still be quietly seething from Seat: 2C, Row: Bench, increasing the likelihood of an epic public explosion in which someone winds up in tears, most likely me.