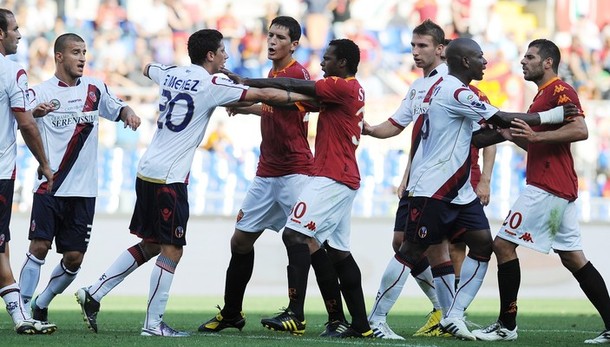 The silver lining to a rough opening is that it leaves the squad not wanting for motivation in the return fixture. Think they'd like to pummel Bologna for 90 minutes this time 'round, rather than 70? Sure, and they quite possibly will.

Of course that might be the biggest difference between now and September. Back then they bolted out of the gates and weakened over the course of the game, slapping it into cruise control somewhere after the hour mark. Now, they build through the course of the game, almost laboring through the first and saving the juice for the second, while they would probably set records were the sport extended to 120 minute fixtures. In fact....

Some of this is good old fashioned mentality and an equal part a bit of mystery, but largely it's down to The Tinkerman tinkering during and after the half like a goddamn soothsayer. Some are in form, such as a Mexes, but no one is in better form than the master manipulator, Claudio. No one.

These games are, in one perspective, a "second half". That 2-2 left a horrible taste in the mouth, something almost like bologna itself, so here's to another edition of the AS Roma Second Half Show.

There's a very realistic chance that, should this be the actual lineup as RomaNews predicts, the game is scoreless at the half and the side looks nothing like the starting lineup shortly after the restart. Tis the Claudio way.