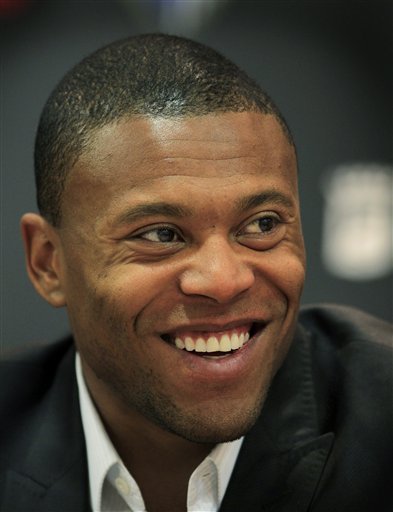 Normally I write my shtick to pass the hours on flights. It just works. Returning home from home during this non-Christmas, I didn’t. I watched a movie, only I forget which one. It was French, I know that. I also know I own it, which makes me think I should fire up the ol’ coffee pot. I read a book, too, only I forget which one again; probably because it was a magazine. Instead, I mostly spent the flight listening to the man next to me, an Asian man of thickish accent wearing a long fur coat on a more than amply heated aeroplane, continually attempt to order apple juice only to receive tomato juice every. single. time. Now that was some shtick.

But I didn't and I haven't and so, confession time:

I punted the end of 2010. You know this, I know this, and like the drunken relative at Christmas dinner, we're going to pretend like it never happened and move on. Mostly I blame Guillermo, and that is all.

Santa's a funny old fat bastard. When the end game for Christmas is to have the biggest tree on the block, which is then to be dwarfed by the biggest gifts on the block, he comes through for a second straight year down another boulevard with a new angle. In the recent past it was coal (Wilhelmsson), coal (Tavano), dime-a-dozen onyx (Diamoutene) and what appeared to be a diamond, but was really just tear-inducing coal (Motta). Last year, it was addition by audacious awesomeness (Toni); this year, it's addition by subtraction (Wholio).

As an apologist for his talents rather than his productivity, I can count on one hand the number of times he did something real swell for this club:

A real bang-for-your-buck kinda feller with an efficiency ration somewhere around 0.4%. And if I were running Genoa, not only would I not be concocting my team based on Football Manager - it's rather transparent, no? - but I would've offered no less than 12% stake in the team for him. Derbies and Sampdoria? Dream skill set.

There was also that goal against Genoa which made Aquilani cry. That's all I've got, outside of his status as a world class corner flag time-waster. But that, of course, is a superfluous talent with The Don of corner flag time-wasting, Francesco Totti, is already on the roster.

Now if he re-remembers how to run beyond the defense, and is then found murdered in the living room of his casa with a Roma scarf around his neck, I suspect I may be the prime suspect. And rightly so.

I tend to ignore rumors like the plague during midseason unless I know of something concrete, particularly this season, as at this stage of ownership transition, I know what those are - and I suspect I'm not alone. The possibilities are:

Adriano does not make this list because with him, we're on a constant state of alert. It's something like the terror color codes:

Blue/Green - Do not exist.
Yellow - We're decent and he'll get some PT, but don't you dare let your guard down or remove the armed guards from in front of the refrigerator.
Orange - Slightly more out of shape than usual and there are rumblings that his pre-game IV line of Prozac has gone untouched, while his agent is fielding feelers from Flamengo.
Red - There's an empty case of beer in his locker and he just ate a whole flamingo.

Now, did anyone actually believe Adriano would return from Brazil on time? Please. Not sure if this is correct, nor do I really care to look it up, but if I recall, the story is that his uncle fell ill, or something. Which I buy so long as you substitute "hooker" for "uncle" and add "with VD".

Now, back to the subject at hand: El David.

I buy the reports that Zenit wants Pek because, well, come on.

I also buy them because the reported figures couldn't be any more Russian if they'd mailed them in on Sputnik, handed over by the corpse of Lenin in rubles:

Who negotiates with the second bid 2.5x the first? Russians, that's who.

But does anyone really think that David's upset at his PT or treatment? The guy's been ridden harder than, well...see the above clip...for several years now and it bit him in the ass with injury. Everyone paying even the slightest bit of attention - do note this should include all forms of the media - knows he's waltzing right back into the side as soon as humanly possible, and likely at the expense of DM/CB3's form (that's Daniele De Rossi to lay folk).

So there. David stays, Spalletti weeps and the mass media is forced to fill the pages with something else.

Also, since it wasn't gotten to above, Aleandro Rosi, who appears on the verge of demanding his getaway, is the new Alessio Cerci, just with acceptable hair. Scarecrow 2.0. Sad that two Roman talents are felled by their Roman personalities and inability to translate it into production, but both are/were walking red cards and colossally bad decision makers. They could be named Romulus and Remus and they'd still be jettisoned from the Shewolf's teat faster than the galactic ricochet off Julio Baptista's size ten.

'Tis what 'tis, though Rosi's still got a glimmer of hope.

i. Okaka's headed to Bari. One of these years they'll figure it out ahead of time and loan him in July, instead of January.

Though can you just imagine what would've happened without the 11th hour Borriello coup? Adriano would've still been injured, fat, etc. and Okakachukamuthafucka would've been on the tip more often than, well...see the above clip.

ii. The Mexes situation gives me head and heartache, but I suppose it's good news that his first priority is Rome and that talks shall resume shortly.

I'm still convinced they should just give him a blank check with the sole condition he leaves his hair as it is this year, so as to ensure season upon season of world class form.

iii. Malaga may or may not be interested in also taking Cicinho's contract.

Where has this team been all my life.

Also, it begs the question, outside of decent-ish Brazilian contracts, just what do you get Qatari royalty for Christmas? I have an inkling my basket of fruits and delectable goodies won't do the trick, unless said fruit is Fabergé.

iv. And in important news, there's a game on Thursday. A real game, even.

Jesus Christ that was quick.

Santa's been good this year.