A Round Mound Of Love

Share All sharing options for: A Round Mound Of Love 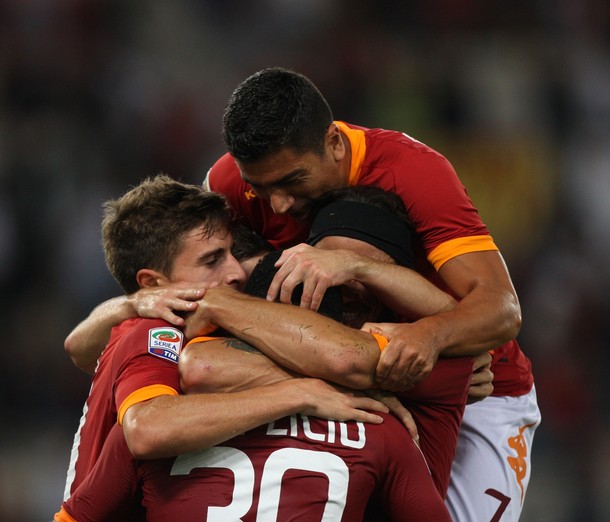 Luis thrust onto the pitch a man who knows no understanding of the ball and chain assigned to a midfield role in the new Roma (unlike Perrotta, whose Italian DNA makes his susceptible to things such as "stay in midfield...STAY", whereas Simplicio is impervious to such inanity), rather acting as a mini-wrecking ball; versatile, but a true rumbling trequartista who physically resembles an actual wrecking ball. The man caused havoc. He's a goddamn nuisance. Sometimes for both sides, but chaos is good when one team - the Roma one - is so damn predictable.

And it's the best sign yet: Luis is amenable. And so too are Roma's tactics, because they played nothing like anything we've seen in the past months. That, not the play itself, was the biggest positive.

Of course, there are two teams on the pitch, and thus two managers. Enrique's been getting his cut of discussion, almost to the detriment of the big picture as a whole, but the more intriguing philosophies were on the other side. Colantuono, stating what we all saw:

Atalanta surely did not play a defensive match against Roma. "We had prepared the match carefully - coach Stefano Colantuono said, interviewed on Sky - we knew that staking on counterattacks only would be risky, so we preferred to attack them.

Well, there's your problem. Don't attack a team with so much attacking talent, particularly at their house. Park the bus, rely on the counterattack, thus you'll nullify space and leave them scratching their heads as Nicolas Burdisso assumes 18% of the day's total possession.

They emphasized Roma's strengths, not their weaknesses. Chess, not checkers. So thanks for that. But what it may indicate is somewhat important - and as hypothesis, not theory:

The good thing is good teams - or those who've started out the year well and are enjoying delusions of grandeur (ahem) - will try to play Roma, likely making them look better against those of a certain quality, but not quite as good against the lesser teams who park the team motorcoach and unleash a couple of ninja motorcycles from underneath to counter. Good against good, bad against bad*.

* - Cagliari will finish higher than Atalanta, even dismissing the -6. That they smartly used the tactics of a team ready to finish 16th, which most teams can do, really, is another discussion entirely and may render this point moot so you should just move on and shutupaboutitalready.

Next: Lazio in delicate times.

And a delicate two weeks ahead, as one must beware the dark spies scoping out their next attempted plunder. 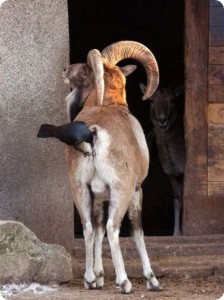 Because they've got 'em.