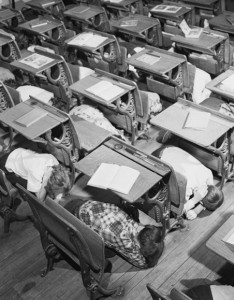 This isn't the smoothest display of calcio class from either team in these late stages. More the type of play you'd expect on the weekend after rugged midweek European affairs. Which is funny.

Borriello down to Totti to Perrotta to the zebra defense. Not how it was written up.

92' Elia's a significant problem in space.

I swear, if they played a more counterattacking game with a more solidified midfield, this team would win every game.

88' Stekelenburg is officially MOTM, saving the winner off Quagliarella's boot.

Elia for Pepe, Borriello for Osvaldo, who played quite well in the second half.

85' Great save by Maaaarten, who's really pushing Vidal for Roman MOTM.

And Osvaldo works some possession, passes to Simplicio, who pulls Gigi, then Fabio, instead of the layoff, lofts it into Buffon's breadbasket.

84' The midfield isn't exactly interested in stopping the Juve counterattack right at the moment.

82' Daniele flies a 40 yard pass to no one. Some things never change no matter the position.

81' Pepe tries to play the role of Pirlo with expected results.

78' Stekelenburg leaps in to the air like a bird, like a plane, like a...big Dutch goalie. Roma free kick down the other end, this for Totti to maybe grab a bit of revenge....and the camera cuts to Juve possession. Which means whatever happened was failure.

And on cue, Perrotta's shoes of cement butcher a nice pass over the line for a goal kick.

75' Back to see Pjanic come off for Perrotta. Probably not a technical like-for-like.

Tell me this last year and I would've punched you in the face.

Tell me this in 07 and I'd say Spalletti had finally lost his marbles.

67' Quagliarella coming on for Matri.

65' A bit of pandemonium at the moment, just like any good Roma - Juve matchup.

"60' Seeing Fabio on the same pitch as Liechtensteiner gives me good feelings.": Liechtensteiner and Vidal combine to foul Fabio for a penalty. Obviously.
And this one the result of a Juve player whiffing, this time Estigarribia, which bounds to Chiellini, just before the intended target.

And there's the equalizer. Chiellini on a header.

60' Seeing Fabio on the same pitch as Liechtensteiner gives me good feelings.

Fabio for Viviani, whose debut was a huge success.

57' Totti might actually be more mobile now, it all just happens in a smaller area than previous.

51' Great movement by Roma, great defending by Barzagli. They really can flow when the occasion calls for it.

48' Given how well he did against Lecce, it's a bit frightening to think what the score might look like with Mirko in the house. So sad.

Something you probably expected:

It wasn't Roma, and it's the only goal.

43' Totti wins a free kick in the Roma half; brief run by Pjanic before he boots it to the line. It was either a cross or a shot - neither was very good.

41' Juve free kick right outside the top of the box. Viviani spits fire at the ref like a proper veteran.

Pirlo rolls it to Maaaarten.

39' Lamela always seems to be the least-involved red shirt on the pitch.

37' Juve with another counterattack, Roma dodges it again. They're not exactly having difficulties getting through.

35' Matri down after Heinze crippled him with a tackle.

32' Osvaldo gifted the ball with runners alongside but stupidly tries to go it alone.

27' Juve corner - they play it short and poorly so. So stupid. Roma back the other way and Juve forced to pack the box just to deny a second.

25' Lamela knocks Vidal down again, should get yellow, but all that results is a Juve free kick and Vidal grimace. I don't know why they're trying to remove him from the game - he's been Roma's best player.

I really need to shut up. Taddei whiffs himself and Estigarribia's hammerblow is saved over the bar by Maaaaaaaaaarten, who's likely to be MOTM no matter what happens.

23' Roma stringing some serious skills together right now with some extra hustling done by His Tottiness. Things are looking up at the moment.

22' Pirlo works out of a jam like it's 2005 after Lamela fails with both his dribble and his hair. Sort of a faux-hawk-tail.

20' The back line is working the trap well tonight at least. Now some possession starting to materialize.

19' Taddei wins a corner, Juve almost another OG. I think the strategy has become evident.

17' Nice little tackle by Viviani to get Estigarribia off the ball.

15' I realize it's probably a bit early for this, but....Juve looks like equalizing at any moment. Playing to win - or at least not lose - the shootout tonight.

13' Juve with more ruthless attacking. This is not going to be a calm and tranquil night. At all.

12' Pretty sure Juve's going to be perfectly happy spending the evening whipping in crosses.

Angels with the best tackle of his Roman career.

10' Vidal now hurt with a busted ass of some sort. Woeful set-piece defending for Roma and they're lucky Maaaarten wasn't forced into more heroics.

9' Huge save by Maaaarten. One-handed punch on a bullet, too. Dude's got style.

7' Do you suppose Vidal felt so bad looking at the Roman lineup he decided to give them a handicap? Not complaining, mind.

3' Three minutes, no goals conceded. I'm considering this a win.

1' There are effectively two wingers at fullback, Gabriel Heinze and DDR at CB and he's handing a child his league debut against Juve in defensive midfield.

No one would fault you for suggesting he's actively trying to get fired.

I'm 100% sure there is not a single position from midfield down to keeper at which Roma has an advantage over Juventus. In fact there's non whatsoever.

Handshakes, everyone excited, Roma's players bowing down to the seniority of the mascots....

Another silver lining: the first time Lamela chooses a route other than passing to Osvaldo.

Silver lining: it's impossible to be disappointed when expectations are so unfathomably low*.

(* - I reserve the right to retract this statement in the wake of its idiocy should it prove idiotic later on.)

The midfield and defense are going to be absolutely demolished. Here's to a 12 goal performance from His Tottiness.

The most recent projected lineups have Totti, Osvaldo and Borriello together in a 4-3-3. I'm going to eschew attempting to figure out just how that might work and instead stick Christmas ornaments into my eyes. A more pleasuring experience for them, I think.

Also, Viviani rumored to be landing in a midfield spot. Remember the last time a crippled Roma with severe defensive frailties invited Juventus into the Olimpico with a surprise starter in midfield? Said midfielder was Filipe. No reminders needed on how that game turned out. (I sort of doubt he starts, personally. But then it's Enrique...)

Marco Cassetti will be unable to play in central defense against Juventus, and it's a bad thing.

This evening's game is a bit simple, much like those of recent: Roma needs to play unlike Roma.

And even considering a minute-by-minute viewing of this is likely to be painfully idiotic. Truly the best gluttons for punishment, we are.