Share All sharing options for: Yet Another Reminder There's Something Not Quite Right With Daniele De Rossi 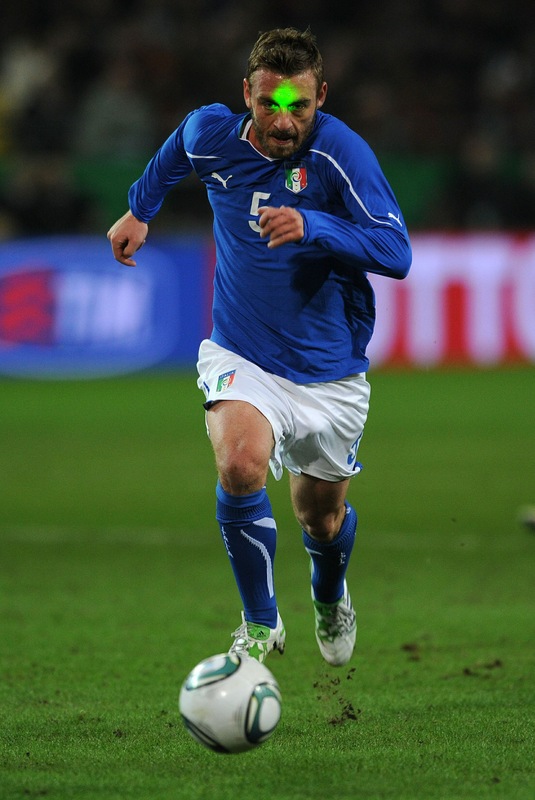 There are several red flags aligned with "glowing green foreheads", most of them I suspect involve nuclear catastrophes and/or being a member of the X-Men. Either would explain a great deal.

I spent most of the Germany friendly contemplating the last time Roma tried Daniele De Rossi in central defense when the alternative was Simone Loria - the second half against Udinese in 2008 - and pondering the best methods for a quick and painless six day coma so I need not live through it again. Oh, and running through legal channels to find out if I alone could rescind Adriano's contract (shut down hard).

I caught several moments of Argentina v Portugal, one in which Nicolas Burdisso continued his Inter momentum, and heard rumblings from France v Brazil, in which Menez was reportedly sporadically brilliant and Mexes a colossus. And then I pondered the fact that those boys have less than less than 18 combined months on their respective contracts.

And then I fainted, and here I am today.