The Whole Thing's Gone Teats Up

Share All sharing options for: The Whole Thing's Gone Teats Up 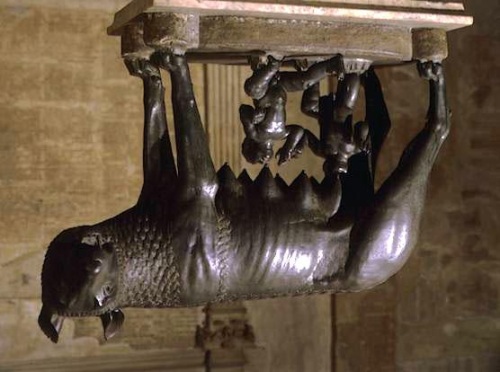 The End of the World: Part Napoli: Part II

Basically, I have no idea what just happened and am engulfed by an overwhelming sense of confusion; confusion which has played out in the form of four posts, zero published, over two days. This is becoming far too common, and I blame the shift from Spalletti's meticulously constructed piece-by-piece recipe to Ranieri's "I want this...no this...no this...no this" ode to Little Kid in a Toy Shop coaching methodologies. Then I knew everything, because everyone knew everything, which, eventually, became the problem. Now I know nothing, because no one knows anything...also a problem.

With this road of inexplicable bewilderment seeing no end, I'm just going to potshot at the little stuff, possibly dance around some sort of comprehensive conclusion (no promises) and then abandon any pretense of a segue as we move on to Shakhtar. Cool? Cool.

When I said dysfunction, I didn't quite mean "walk through the game against Napoli and paint the blame on mysterious dark forces trundling their way through the halls of Trigoria...and then fail to name said dark forces". Mostly because it would've been far too on the nose, even for me. Verbose, too.

When I said dysfunction, I did, however, mean "hey, let's get yet another defender for doing stupid shit". Though spitting "in the direction of" and "in the face of" someone are two entirely different propositions as I was brought up to believe. Neither are kosher, obviously, but there's a solid chance Lavezzi's loogey was carrying cargo in the form of third-world diseases. I mean...look at him.

Is Aleandro Rosi had curls, would he be Alessio Cerci? Nod for 'ye'; declare 'nay' by removing yourself from the room.

Any chance of a Burdisso + Rosi summer swap for Stephen Hawking? He's intelligent, composed and supposedly has wheels.

Seriously though, Roman or no, Rosi can go. Time to start cutting the fat - but not rhyming.

If Roma ultras had brains, would they be Roma ultras? Protesting after three games? Of a sports team? Get a fucking life. Or a job. Or out of your mother's basement. Couldn't that energy be better served for any of the above three? It's a game.

At what point is Marco Borriello holding up the ball holding up Roma? According to solid mathematics, his double-turn-out-wide-and-push-it-to-a-winger-or-fullback-who-then-pushes-it-to-a-midfielder are allowing defenses to gain men who return to defensive positions at a 700:1 ratio over Roma. Not fast, no, ruling out the push-and-burst perfected by fast people, and controlled possession in the opposition's half has its merits, but let's take advantage of defenders not being in position every once in a while, eh? (You know, like both Napoli goals.)

Perhaps more distressing than anything which happened on the pitch is the fact that Juan has gone from being wanted by Barca and Inter to Werder and Hamburg - quite like the latter, and they're terrible. Doesn't that just about sum it up nicely?

If I had a superpower, it would be "impervious to yellow cards like Andrea Dossena". It doesn't appear he actually got a yellow card for that turn, look and shoulder/elbow Taddei in the face in the first half. He only should've been sent off or, at the least, given a yellow, since it was quite plainly intentional. So that's my superpower. That and not looking like Edinson Cavani, which I've got going for me already. Hurrah.

No one heeded my suggestion to bleatin' beat Claudio over the head with a bat engraved on the side with 4-3-1-2. I suspect the list of those willing is growing by the week.

That said, might be time to break the glass on the 4-2-3-1, if only to placate the "longing for Spalletti but really they just like fast things so want some attacking football" demographic. Taking out minority groups one-by-one is the best way to win over the majority. Just ask deleted for taste.

I haven't flipped through the photos from the game yet, but I've moved to the http and am predicting two, perhaps three, pictures of Claudio set against a blurred Stadio Olimpico, possibly taken from an acute angle which makes it seem vaguely artistic and symbolic, yet I still managed to figure out with my Sesame Street toy camera when I was three.

Feels like there is some big drama which I'm ignoring, but upon extensive brainstorming, I can't come up with anything. Is that where we're at with Roma? The gorilla's always in the room even he's just slumbering, awaiting his next call to duty?

It's been three games, but only this team could make three games* seem like the end of the world, even when it's not, though it might be.

AS Roma plays FC Shakhtar Donetsk on Wednesday. They're Ukrainian.