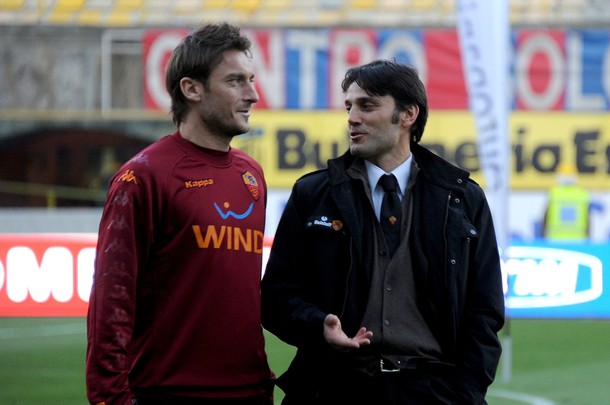 Loose thoughts, as I gather most of sane mind will acknowledge nothing can be taken from 48 hours of L'Aeroplanino:

So there you go. Ninety good minutes, now completely forgotten. As much as Roma will get acclimated to Montella and his probable use of the 4-2-3-1, it's not exactly some revolutionary tactical cloak - other teams will know how to gameplan. The tests and rebuttals will now come flying like the infinite number of aeronautics references I'm bound to make between now and day 38.

And the next time someone scores, do the goddamn airplane, would ya?

I remember this song. They used to play it.