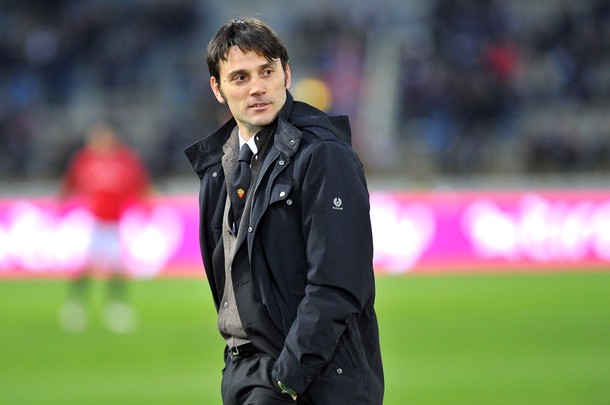 As we await Act II of the timeless, boundless, limitless tragicomedy that is AS Roma, an observation:

This club has its faults. Enormous faults, as does every club. However, AS Roma always seems to take it that inch further the miles it's already run. Again: no highs so high, no lows so low. For some a motto, for Roma an identity. This club is, for lack of a better word, ludicrous.

Because of this, it never fails to be compelling. There is always something lurking - a problem here, a rogue agent there - which puts us in tussle between utter fascination and utter disgust. These days, those problems include the mysterious (the locker room), the grandiose (ownership) and the temporary (coach). None steeped in any less drama than the others, none allowing us to turn away from our peep hole of mesmerization.

I've come to know this Roma, to have been nurtured as a fan by this Roma, and to love no other. A reflection seen in the sheerest fibers of the maglia, I fret the day when all is right, when the city's grandest drama is found - pish - in the theatres, and when Roma's state of being can no longer be described with a wry smile, a shake of the head, and a single word: Roma.

Despite the fact that it will be - you can't fight this - the end of a great many of us (aye), they keep us coming back for more day after day after day despite all our logic, reason and common sense.

At the Olimpico today, February 26th, 2011, the name of AS Roma's coach will read Vincenzo Montella.

As so eloquently stated by scads of literature's lyric titans: what the fuck?

There is a question of Brighi v Simplicio at treq. Given what we saw midweek, it's Matteo.