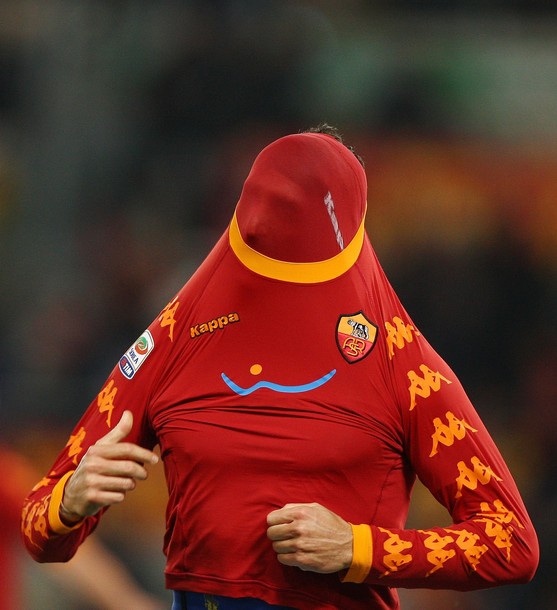 A certain pattern has emerged which has been rather blatantly obvious, only it wasn't quite as deep as initially thought.

Rather alarming, isn't it? Less than a 50% win rate versus the teams against whom their percentage should be significantly higher. This team may need a psychologist to extract Mirko Vucinic Syndrome from their collective mentality. They're clearly good enough to beat anyone - and they have - but don't seem to treat Inter the same as Brescia or Cesena the same as Milan on some microscopic level.

I do realize things have changed and yes, Roma dominated but to be felled by that old bugaboo (John Arne Riise wears short sleeves and doesn't clear the far post), but this whole team seems to save itself for either the biggest games or moments of necessity - sometimes both (ie Bayern). Granted it's not the worst problem in the world if they're gunning for cup competitions, but it's not the recipe for a scudetto. Small teams, and all that mumbo jumbo.

More to the point, however, it significantly lessens my enjoyment in the 'hey let's take half one off almost entirely' pseudo-tactic, because it goes from funny and effective to borderline arrogant and idiotic. That completely eliminates my ability to kick my feet up on the desk and shake my finger at Fabio with a wry smile when he misplaces a place in the first half. And to be honest, I need that, because this team has become far less compelling with its depth. The ability to just toss on another option is effective, but has me secretly longing for the days when miracles came in the form of free loans and talent whose juices had to be sucked drier than the Shewolf's teats for even remote effectiveness (step on down, Adrian Pit). Mirko & Jeremy on the bench? It's begun to feel like rooting for Juve or something.

There are times, particularly of recent, when I miss Roma. Thankfully, they never fail to remind us they're still here and going strong.

You know, with things like 1-1 draws at home against Brescia.

Notes (most of which are obviously in the liveblog...when I was paying attention...which was a struggle at times)

Anyway, it's just more of the Roman same. Switching coaches hasn't seemed to break the overwhelmingly annoying ability to match the result, if not the play, to the level of the opposition. If you've got a cure, I've got several blank checks and about 42 straight Coach of the Year awards awaiting your imperious legend at this point. Unfortunately, this means things like 1-1 draws against Brescia until a cure is found.

Ultimately, however, two things made me feel quite a bit better: 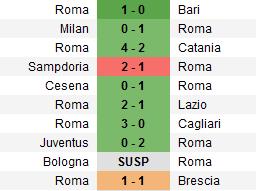 Life could be much worse - they're fine.

And luckily, they've found a shorterm solution to their level of opposition woes: Inter & Napoli in the queue.

Somewhere, hopefully Trigoria, the A games are aligning.