A Moment of Clarity

Share All sharing options for: A Moment of Clarity 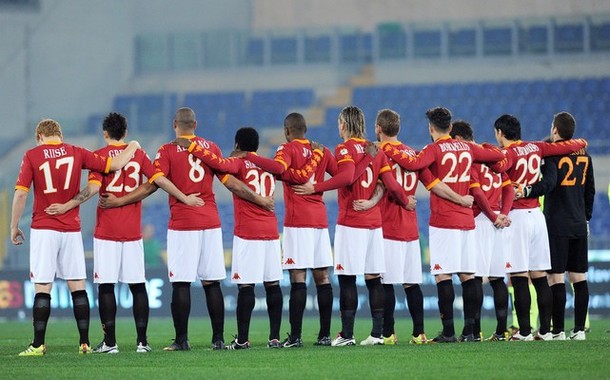 There are games of tactics, of technique and of a workman's vigor. These games can be rationalized, analyzed, chewn up and spit out with tangible answers. The X's split here, the skill usurped there and the running surpassed in sum.

Who is spurred on by greater heavenly purpose?
Who will see the red dawn of rage?
Who will find in themselves a moment of clarity among the chaos in order to reign the day?

Before each derby of late, I find myself in one of two states of being: complete tranquility or a buzzing trainwreck. There is no wiggle room, no land in between. Heaven or hell. Some might even call it Bipolar MCMXXVII. My life is flipped on its head several times such that it creates a dizzying vertigo, only to land inevitably on its head; that or it's forgotten entirely, waltzing into the pregame as though Sambenedettese has arrived, whither the wethers?

Inevitably, the 'what?' seeps in and rationalize we must, assess we must, and analyze we must. Tranquility is often found ambling beside nothingness, an aura of no expectations. Bonus, right? If they are not expected to win, I needn't fret.

Conversely, if they are expected to win, fret I do and on levels befitting Genesis. I care, I love, I am.

The problem is these things conflict with my rational being. My rational being knowing that the only answer to a posed derby question is irrationality. Once again, no man's land.

Tomorrow, someone is to find that moment of clarity. Who, we do not know. Roma may be found. The possibility alluring, still the assumption must be none.

Until then, I am utterly calm.