Share All sharing options for: Long Live The King 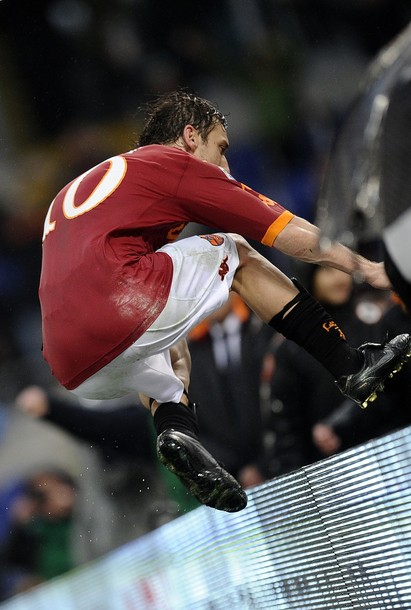 Can't be far from the end.

In a season in which we can only assume they moved Eurodisney's amusements to Trigoria (Does Eurodisney have rollercoasters? Does anyone even go to Disney parks anymore?), this is poignant. This is real. This is Roma.

We've all whispered silently in the confines of our mind, wondered whether we may be witnessing The End, if not the beginning of The End, while some chose to obnoxiously belch their crass cacophonies on internet message boards (ahem). We are only human, only as sound as the logic on which our lives rely, and the truths are unavoidably plain as the Roman day: he's older, he's slower and he's generally less mobile than years blown by. These are the signs of a man - if we dare call him a mere mortal - approaching the finish line.

The physical signs emerged as the beginning, which happened over the last few years. The next nail, it appeared, in the coffin was the inexplicable loss of skill. Why couldn't he score? Why couldn't he hit a pass four yards in front of him? Why couldn't he spot the run? Who surgically extracted the eyes from the back of his head and put them in a jar on the shelf?

These were worrying, suicide-inducing even, signs. Francesco was dying.

But not yet - not Francesco. This is still his kingdom, his crown speckled in gold and brilliant jewels, his scepter resting on the floor, a bloodied eagle speared through the end sharpened by the most skilled of artisans.

This is more than a derby, was more than a derby: this was His day, because people had lost faith. Admit it and no one will send you to the gallows (er...). Among them, paramount perhaps, Vincenzo Montella it seemed. He often prefers Marco Borriello despite evidence leading to the contrary. Hard to blame him on the basis of the fall, when 'those whispers' grew louder and louder with each passing week.

But as we approach the spring, the landscape has reverted, the sun has risen again; Francesco has dialed back the clock. Nothing will bring back the pace which never really existed, nor will it reverse the flow of the sands of time as they erode certain physical facets, but the skill is back, the vision is back, the passing is back. In a word or four: Francesco Totti is back. Il Bimbo d'Oro is back.

Though the secondary attributes have faded, all that makes him who he is has returned to Roma as not only its best player, but most influential captain, talisman and demigod, added with a dash of wisdom and cunning. Evolution in the face of necessity; an ascension.

A throne once vacated, he now sits with a cocky swagger assuming what can only be said is his rightful place in the world. 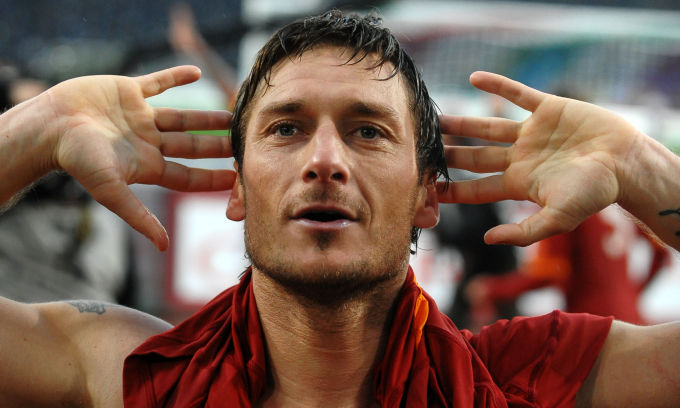