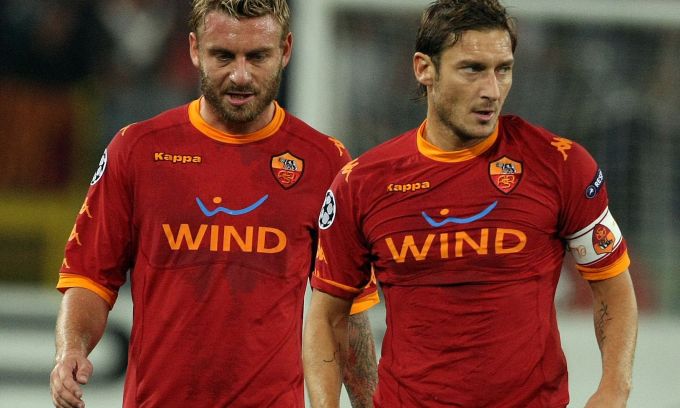 Underrated faves from his 201. Not necessarily best, just underrated.

I don't like this one, but I find it intriguing.

Gigi Buffon is linked to Roma. Still arguably the best keeper in history, the aura has taken a knock as he's taken several in recent times. What strikes as interesting is the relationship it has to the old regime, despite being offered as a rumored interest from the impending new ownership.

You may remember Roma had the chance to buy Gigi for €50m or Ivan Pelizzoli for like €3m. In the end, they chose Pelizzoli. Right? Wrong? Can't say. No footballer should cost that much money as far as I'm concerned, and rolling the dice with Ivan seems a smart move looking ahead, if not in retrospect.

Regardless, this is and was a big missed opportunity for the Sensi regime. Gigi's just the business.

New ownership trying to right one of the wrongs in the past while making a statement move? Possibly reading too far into the situation, but it's an interesting angle to ponder.

All of which is to assume said rumor is true, which it may not be.

Speaking of the old guard...

Cassetti & Perrotta inked one year deals until the end of next season.

Who would like to wheelbarrows full of gold bullion those contracts see out their Roma careers? Probably even give odds.

On the front page of RomaNews at the time of this writing, these are the linked names, Buffon aside:

i. I could not be more nonplussed. At least when money was an issue, there were some awesomely awful rumors and creative wranglings lurking in the wings.

ii. Who the fuck cares about a little Duck, duck, goose?

Saw a funny comment on the interwebs. That Totti is merely a "goalscorer". Yup. Francesco Totti.

I won't even link for fear the barrage.

Goalscorer. And here I was always thinking that was some way down the list of his qualities...