Who's Ready To Drink Heavily?

Share All sharing options for: Who's Ready To Drink Heavily? 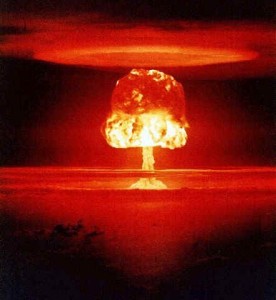 Time to blow it all up. Tis that simple, really.

Rosi falls down, Eduardo slots it in. And Doni still sucks. Let's end this prematurely, shall we?

This is Marco D'Alessandro all over again.

84' Montella leaving a sub in the bag; hoping to make four against Lazio.

82' Dario Srna has died for the third time, this one at the hand of Riise. Yellow for John A. - still no sleeves.

80' Rosi with a tribute to Massimo Oddo which inexplicably stays inside the white, as we 'evolve' to perrotta playing something of a regista with an open field in front of him.

Because that's his game.

77' There is a palatable sense of 'impending Lazio' on the pitch right now, unfortunately. The game is over, but they must worry about legs on the weekend. At which point Doni will hopefully have pulled something minor, but disrupting enough to take him out for the season.

76' Fairly sure Willian is wearing a vinyl S&M collar, which is basically the only redeeming part of today. We can laugh...and laugh...and cry.

73' Roma's going to have four players available for the Europa League in the fall.

71' Nevermind, Srna down via Borriello's studs.

69' Roma's set pieces have me longing for a rectal exam by Freddy Krueger after several cups of strongly brewed java.

They should buy Srna and bunk him with DDR at ritiro.

67' Shakhtar will deserve this, obviously, but that doesn't make their timewasting any more palatable. (Three guesses why.)

I'm confused. Have we not established Mirko Vucinic is one of, oh, three players on this team capable of turning a game all by his lonesome?

61' So, should we ask...How long does Montella stay as coach?

Roma's going to score at least one, though, because that's just how they operate - criminal cruelty.

58' Nothing's changed, really - needed three before the goal and still need three. Of course it's still equally as unlikely.

Rosi has a lot of merits against 10 men. In short, non-suspension-earning bursts.

54' Luiz Adriano's naptime over, we're back to waiting out the next 40 or so minutes with the eternal question:

Paper means you can't see the game, while asphyxia sounds rather enjoyable at the moment.

50' Borriello misses a decent header chance. I'm currently deciding whether I'd like to nap and throw this thing on autopilot, which would include a leprechaun and many, many typos......nearly Shakhtar goal...or actually continue with the torture.

I suddenly want to fight Luiz Adriano. He has hour glass injuries.

49' Shakhtar is going to score. Soon. They're breaking in numbers and the only prayer Roma has is to attack no matter what.

47' Vucinic defending. This is where AS Roma is at right now.

It's like asking a piece of bread to quench one's thirst.

46' Doni sucks something absolutely horrible, it must be said. He's a flippin' idiot.

Rosi coming on. That's good. Down to nine by....shortly. For Taddei.

Another silver lining: I don't even care anymore.

Someone find the detinator.

Daniele De Rossi is going to be suspended for a really, really, really long time. He just elbowed Srna in the face and Srna is pissed - right so. (Srna yellow. Kinda funny.)

The wheels are off. Well and truly off.

i. Terzinoburdisso is no more.

ii. Taddei is no longer in the opposition's box.

46' Doni sucks. I'm not even sure he did anything wrong, but the point remains.

He does so much but then not quite enough. Rather infuriating.

44' How about Totti for Juan? I see no reason not to right now. Might as well have some fun.

42' That one's on Taddei since he couldn't do jack in the box with Roma banging on the door.

I hate everyone right now. Where's the detonator?

What a fucking horrible second yellow. Between this and the offside goal, Webbster is living up to his poor reputation.

39' Shakhtar looking for another on the scoreboard; instead, Mexes puts yet another '0' on the back end of his contract. Has anyone been evenly remotely close to his levels of quality and consistency this year?

38' Shakhtar's had roughly one point five attacks. Obviously they scored, because that's how Roma rolls.

Totti warming; the aura of Vincenzo Montella as coach, cooling.

35' Good, let's prolong this misery. Burdisso terzino in the house, doing not much of use down the offensive end.

32' Stoppage in the sloppiness as lights have gone out around the stadium, it appears. Let's have a redo, yeah?

30' Borriello's fallen off a cliff on top of a cliff in this new year. Tumble, thud, tumble.

29' This team makes mental midgets look the board of Mensa (Doni sighting). These are basics, people.

Peno! That was a great call. Borriello was manhandled - where the fuck was this H. Webb during Brescia?

Shakhtar break thwarted after Taddei....oh, Rodrigo. Corner Roma when they had a 3v1 at one point. Goals are nice.

25' David bundled in the box, no call. Ball was a little too far ahead of him, I suppose.

21' Borriello is getting fouled at every chance. So that's...happening. Short ball played.

I swear, this team's set pieces are woefully, woefully misused.

19' I don't even know how much I care. Roma now needs three goals. And a coach. And new ownership. And a squad overhaul.

Goal. Shakhtar. Doni's terrible. Possibly offside. (Yes, he was off.)

17' Hey, a fullback slipped and an attacker was allowed in - never seen that before. (If they lose, I'm claiming stud sabotage.

16' Mirko Tomba slalom...hey, it did something.

Mirko's hair is looking suspiciously tended to; the follicular omens do not shine brightly today.

With Mirko still awaiting touch #3, the passing and technical quality are, shall we say, subfuckingpar. Basically there's David and the right fullback.

13' Juan is like Miles Davis without his trumpet: the cool just ain't the same.

And Mirko just arrived on the pitch; nice of him to show.

12' Does Philippe Mexes have a damn contract yet? Can't they just write him into the sale agreement?

11' Sloppy is the word of the day, that much we know. Two (or three) right now remains the number of the day.

Free kick....played quick. Too quickly. Riise territory now as it's called back.

This game is sloppy. Lack of experience v sense of urgency? Perhaps.

7' Mexes is having a storming first 7. Of course he has to....Borriello saves possession, then gifted away. Not exactly brilliant early.

6' This 4-2-3-1 is very, very rigid right now. Very little interpretation it seems, which was its staple back in the day.

There is no hope. No hope at all.

3' Great ball from Taddei to Borriello - you won't hear that often, so soak it in - which can't quite be controlled long enough. Pyatov looks like he may have eaten some bad clams, though, so that's something.

2' Something happened. I think Riise was at fault.

1' This game might involve those mysterious 25,000 goals to which Borriello was referring. (Soothsayer, that boy.)

Simone the only one sitting on a yellow, which is rather shocking.

Teams on the pitch, everyone ready to rumble.

Howard Webb as the referee should be deliciously awful in some respects, wildly overblown in others.

Goddamn it all - John Arne Riise wears short sleeves. My dreams, I fear, are dashed. Woe is me.

Roma has, unfortunately, remained in my periphery for some weeks. I endeavor to change this starting shortly should they get their shit together.

Omens are looking good today despite the scoreline: Adriano's gone, so that's one positive.

A win will make it two.

i. I love chasing goals with the spry and rumbling Nicolas Burdisso at fullback.