Beginning of the End

Share All sharing options for: Beginning of the End 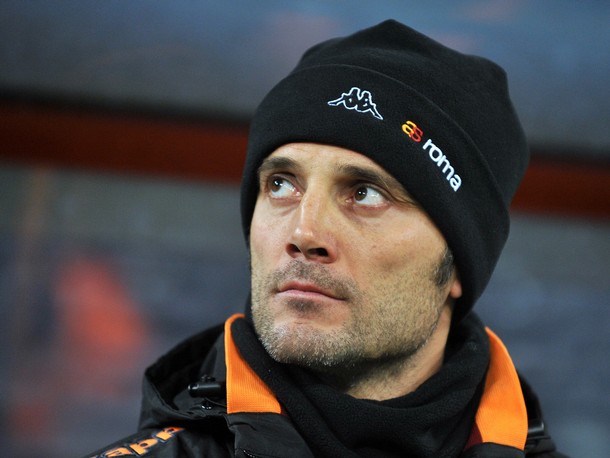 Several things leap to mind, most of them slightly exaggerated snap reactions, but the point remains:

There was a (great) degree of luck against both Bologna and Lecce, while Parma was shambollocks, much like this Champions League debacle. Obviously things were dire in the final days under Ranieri, but it hardly seems like the Vincenzo Montella Experience has changed anything for the positive. Maybe just that Marco Borriello seems to hate his teammates now. And that 'Doni as scapegoat' is so much easier than finding an actual problem.

Of course, how much of this was luck? Some, I think, to be fair, even if the changes are still necessary and they certainly deserved to lose the tie. The first goal was off, if only slightly, which is unlucky. Not every referee would send off Philippe Mexes, which is unlucky. And not everyone would be an asshole and steal penalties despite not being very good at them like Borriello, which is both unfortunate and unlucky.

Which brings us to a point: Borriello is an incredibly hard working member of the team, but he's a piss poor teammate. Between whining on the bench, fighting with those on the pitch and stealing penalties, he's becoming something of a cancer.

Which brings us to the next point: not Claudio's fault, was it? Hardly. May not have helped immensely, but hardly "the problem". (And Montella is woefully unsuited to be coaching at this level, which isn't really his fault either.)

There's something far greater wrong with this team - paramount their behavior during the game (oh, Daniele...), even if Shakhtar was hardly helping - and it appears the quick, perhaps only, solution is to blow it all up. Said before, but never with more conviction.

Everything from here on out is a bonus. A bonus which will hopefully see them on solid footing when the time comes to begin anew in the summer.

Back to waiting for Carletto.