Going Through The Coppa Motions

Share All sharing options for: Going Through The Coppa Motions 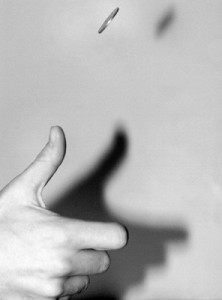 Predictable. Not utterly awful, but predictably not good.

93' Taddei helping Sneijder as Roma's trying to attack. How utterly idiotic. There's no place for good sportsmanship in this game.

92' Juan playing lights out today. Bout the only one - Taddei's been good too, and Perrotta for awhile.

4' added - and Roma actually manage something, a corner.

90' Lucio runs like a post-op tranny. There's no other way to describe it. Something is a fucking mess in that region.

89' Nada going on in the general vicinity of the Inter net, as Doni stops Pazzini 1v1, shockingly...Menez run...possession.

84' I went to brush my teeth and get ready to leave again. Do you think anything happened? Of course not. Why? Because Roma's terrible right now.

(Not terrible, just...playing nowhere near their potential.)

81' Nothing doing right now...Rosi down the flank. Doing nothing. Well, something - Inter counter. Sweet, that.

79' Several Roman names I can't recall hearing in the second half.

Rosi about to come on. This is what's called "lack of options". For Cassetti. That's likely not the solution, but it might help...slightly?

77' Burdisso burst! And a half-decent pass, but offside. Again: shame.

75' Menez's burst of speed is beyond special, but Nagatomo tumbled in the box off the 1-2 and free kick lost. Shame.

73' Lucio almost gifting a 1v1 with Mirko, no dice. Simplicio coming on for Perrotta.

71' David's turning back his Evil David clock too, apparently. Defense in a shambles. DDR is leftback.

Mirko's been just woeful. What's Mancini up to, aside from accusations of sexual assault?

65' Perrotta and Rodrigo have been turning back the clock tonight. Unfortunately...this clock does not come with goals right yet.

63' Here comes Le Show for Borriello. What year is this? Strikerless?

62' Borriello now off the pitch. Beautiful.

61' Might be time for a Menez sighting. Or Totti. Or L'Aeroplanino.

Borriello having a crisis because Juan headbutted him. This is your Roma, people.

59' Sneijder yellow for being the petulant tit he is. Flying fast and furious now.

58' I see Chivu has added another chin to his repertoire.

57' Ranocchia with a ridiculous shirt grab - Luca Toni style from last year - and it's a yellow.

54' David with a great ball....to Borriello outside the channel. Haven't we established how counterproductive that's become for Roma? They're giving you that ball.

53' Doni's a fucking moron. So too is Montella for playing him. Rushed out - well out - and Sneijder easily got the ball before him, but couldn't get any juice on the pass.

49' Roma free kick in range for studs on Cambiasso. This likely won't go well. Don't get your hopes up.

47' When was the last time someone from Roma actually got to a header in the opposition's box? Never?

Second half about to resume; my crusade to misery continues. This team...not good.

Predictably, they can't do anything right, even when they kinda do something right.

What the fuck did I say? God. This team is so predictable. Stankovic.

43' If there ever needed to be a movement for retroactive abortions on grounds of facial aesthetics, I gather Inter's team picture would do.

40' Maicon with a nice cross, headed out nicely. Juan's turning back the clock.

36' Taddei being a complete nuisance. A nuisance who will probably have to be subbed due to his yellow card-sitting self, but a nuisance nonetheless.

35' Roma commending. Typical - horrid outset slowing into better football. Says nothing of the result, but has quelled my dyspepsias slightly.

33' Easily the 33 worst minutes of Mirko Vucinic's footballing life. Have to be. I mean, he's trying...but failing. Miserably.

32' Taddei clipped/murdered in the box, but he'd lost the ball already.

31' Why is Daniele taking corners if it's not training ground choreography?

30' Roma with numbers...Juan high.....DDR hits a useless shot 85 yards over the bar. I swear, they're like 67% there and then in that final third of execution just...abysmal.

28' Mirko's player rating is so far in the red it's in the black again.

27' I realize that we've had this discussion before and Totti's form is keeping him on the bench, but....when the fuck did Borriello become a targetwinger? Inside, man - inside.

23' John Arne Riise is seizing on the pitch with an ankle injury. The hits, they keep-a-comin'.

Everybody watch the curtains for the Paolo Castellini Show.

22' Mirko sends a pass to an onrushing...no one. This team sucks.

21' Taddei just quit on a header. This team sucks.

20' Inter probably should've had a penalty (hand inside the box?). Guess what?

I don't fucking care. They've got about 20 years of being fucked over normally to make up for the last five.

19' Pretty sure Mirko has already signed for Inter. Only way to explain this play.

18' Cassetti with an absurdly good tackle on Nagatomo. Just absurd. So he took his medication today.

17' Roma run.....Mirko with a horrible, horrible pass to break up the attack. He's due for about 14 goals in the second half at this rate.

15' Borriello limping, hobbled, etc., so that's something. Free kick is useless without Totti.

13' Maicon from behind, yellow. I'll trade Rodrigo for Maicon, thank you very much.

12' Taddei's about four minutes from a red., as David passes to David. (This game is fucking absurd already.)

More to the point: how was Inter shredded so easily on that sitter? No wonder they're 1-0-4.

11' Mirko's due a goal or several now, so that's something - his later production is proportional to his first half fuck ups. (He's now a man possessed, as it should be.)

9' Mirko somehow, someway missed the worst sitter of all time. All-time. Worse than Palermo. So much worse. Holy shit.

Not the worst start, mind you - that's a barnstorming first 15 of utter domination.

7' Roma's sustained possession in the Inter half is hovering somewhere around -12%.

5' Foul, yellow for Rodrigo (awesome - just awesome), but it seems like the pitch is in a state of slippery distress early.

3' Something horrible happened. It involved Doni.

Roma looked like they got away with one, but Stanky pushed Juan into Doni. Collective sighs of relief. No collective sign of putting shit together, yet, as Mirko slips like Bambi on ice.

Just turned on the sound...Ray Hudson. Deary me. This is going to end with a priest and several tearful relatives.

1' Vincenzo always looks like he's getting checked for polyps. Not sure if that's a good trait in a coach or not.

On the pitch, high school marching band is done with the anthem and we're good to go.

Roma's dressing room looks like they're all about to be checked for polyps. And I'm pretty sure Matteo Brighi is drinking urine.

Doni's also here. Anyone else drinking/searching for a spoon and lighter?

Creeping up on gametime, I just hopped out a (wonderfully driven - mmm hmm) cab. This day could not be any better.

Join me as I do not give a flying fuck about this fixture right now. (That's a lie - always a lie. Roma Roma Roma.)

I'm not going to sit here and lie to you - I don't even care right now. I'm completely beyond caring for anything but the sleep which so eludes me, which is arguably when I'm at my absolute best. What does that say? Who cares.

I also realize the exercise in misery this could potentially be - don't think for a second that is lost on me.

Things I want to talk about:

- Marco Borriello's hair karma finally caught up with him. Is anyone surprised? No. Instant -25,001 karma points. Do the maths.

Also: Have you ever explained his suspension-laden experiences with Belen Rodriguez's dirty nether regions to anyone who doesn't follow calcio? If not, you should - find a stranger and just yammer into their ear. Tis worth it for the looks alone.

- I'm pretty sure Nicolas Burdisso's ancestors bred with a field mouse at some point.

- Remember when Adriano played for Roma? I caught a glimpse of him during photo combings last evening and had to register the fact that he and his chins did, yes, rumble down the pitch for Roma this year. Nice move, that.