More Of The Same

Share All sharing options for: More Of The Same 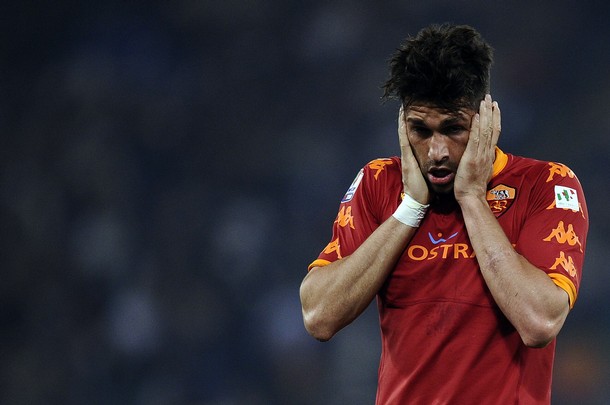 In lieu of actually recapping yesterday's mini-abortion of a fixture - Was there ever any doubt that's how it was going to turn out? I don't care if they weren't terrible, that game was always a loss going in. - I'd like to recap the last several years in very few words in order to recap yesterday.

However, I am going to try something here. I haven't looked at these lineups before - promise - but I am going to list the lineups of the good guys from the Roma v Inter Coppa matchups from however many years ago.

I have theories on how this might turn out - you may as well.

* - I haven't the slightest clue what the fucking formation was going in. Football-lineups has 4-2-3-1. Spalletti was the coach. Even during the season of tactical variance, I'm going with the standard.

I thought we'd established this as the Spalletti Empire was crumbling halfway through his penultimate* season?