Fear, Thy Name Is Sorrentino

Share All sharing options for: Fear, Thy Name Is Sorrentino 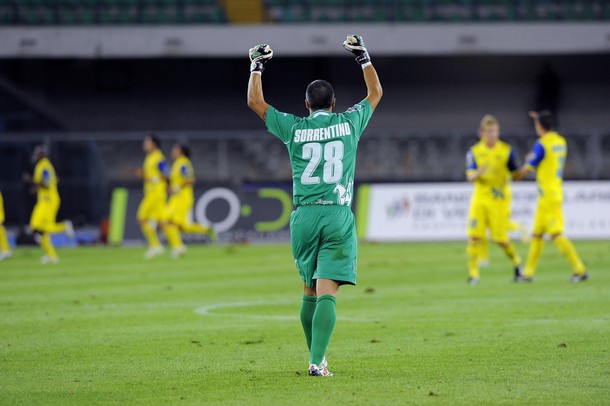 Were there to be a term to aptly describe AS Roma 2010-11, it might be bete noir. Only it's not terribly accurate as it's too widespread, as they've just not been very good.

However, there is one true bete noir, a problem creeping up Saturday afternoon: Stefano Sorrentino.

He is, in a word or three, a @#$%ing nuisance. In ways, the bark is more than the bite, as Roma is 3-2-0 against him in his Chievo career, with goals in four of those fixtures.

However, a problem still exists in that he has foiled Roma at nearly every turn, defying the simple law of percentages, and leaving them with a greater problem: Roma need be absolutely perfect on the back end in order to take victory. They have conceded to Chievo in one of those games, and that one game was a draw. Four clean sheets has it required to even pray for a win.

So, you know, perfection. That's all.