Roma As The Easter Bunny

Share All sharing options for: Roma As The Easter Bunny 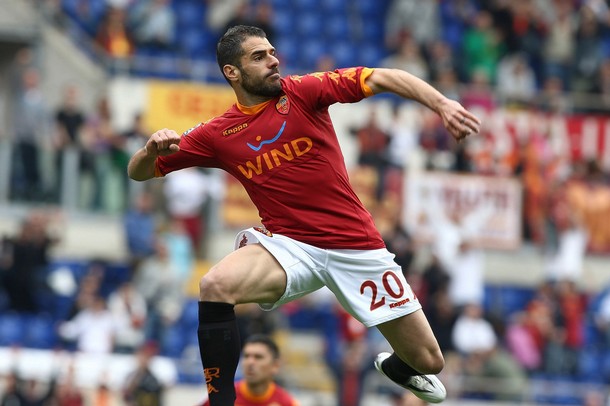 Too bad they didn't drop an egg or else that headline would've worked. As of now, it's just there because I'm tired and it's what I came up with. (Not mailing this in. At all.)

I realize Roma was the business on Saturday - I do. However, I'm going to do something, just to keep up with my recent levels of pessimism surrounding this team:

Roma is Chievo-being-able-to-clear-the-ball-like-a-Primavera-reserve-side away from a crippling 0-0 loss. I wrote loss, and that's clearly a draw, but it's really a loss. Subconscious wins.

It's also a rule that it takes five minutes of gametime for Stefano Sorrentino to barter his fucking soul for the day's performance.

Lev Yashin is dying all over again. Jesus.

An uplifting performance and an improvement on the midweek coathanger that was Inter, but...two goals, four points in two weeks depended on some seriously suspect defending. That's not good - it's luck. Granted good teams turn that luck into production, but the luck need be there in the first place, or else Udinese + Chievo = 2 points, not 6.

(Alright, Udinese was definitely a point based on the last hit nature of the goal - I understand the concept that 86' of 1-0 football is different than the same portion of 0-0 football, but please work with my misery here, would you?)

What am I getting at? I have no idea. This team is just pissing me off right now because even when they do something right, which they very much did on Saturday, they can't fucking do it right.

Is it so damn hard to score? Really? Is it?

Is there a football equivalent to Rohypnol*? Anyone?

* - This is the portion where I firmly say I don't condone date rape and if you email me, I will rudely send you jpeg's of Adriano's third chin to haunt your dreams, with an attached public service announcement from Mancini as mandated by his legal team.

I went into this highlight segment thinking the first thing I saw was going to be the best thing - was I ever right, but not in the ways I thought. Arguably the highlight of my season is the midget sandwich that is Doni-David-Mirko in the pregame handshake.

Could someone at least get that man a stool for the home fixtures?

And speaking of people who resemble a five year old in some way - Francesco Totti: