Deja Vu All Over Again

Share All sharing options for: Deja Vu All Over Again 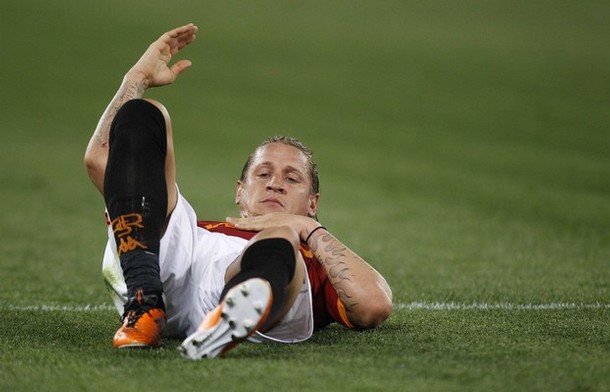 i. Roma played Juventus at home.

ii. An above average-to-good Italian goalkeeper played lights out against Roma. Again.

Marco Storari, really, played lights out against Roma again. Were he to play Roma 38 games a year, he'd be Gigi Buffon or something....

Roma went through the first half as the better team, dominating the quality opportunities and peppering the goal with bullets. As they didn't score, there was a palatable letdown in the play in the second half. Partially Juve pushing back, but we've all seen this picture before: Roma conceded in the 45-60 frame. Barely, mind you, but they did, and with a defense in tatters. Perhaps because of the loss of Mexes, but the whole squad seemed to suffer a letdown in purpose in the wake of a hard-pressed but frustrating first half in which they were turned away by brilliant save after brilliant save, then sleepwalked through the second.

We've all seen this movie before. A lot.

I have nothing else.

The 4-2-3-1 is back, but so is old Roma. The mentality hasn't changed, nor has Montella changed anything - not that he could be expected to.