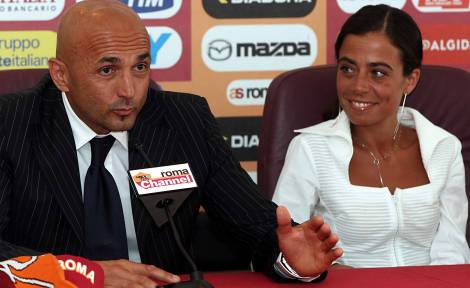 The ghost of Luciano lives on. It has lived on, and while the manipulator has changed, his aura has been hanging over this team.

That will end tonight.

Given his druthers, Vincenzo Montella would likely field a team which includes Doni, Cassetti, Juan, Burdisso, Riise, DDR, Pizarro, Taddei, Perrotta, Vucinic and Totti in the favored, flavored 4-2-3-1. The Romans are a different consideration entirely, but the rest are all staples, if not purchased within, the Spalletti regime. And after tomorrow, I, and I am likely not alone, get the distinct feeling this team will be nigh unrecognizable, if only the starting XI, and if only because teams of a certain stature tend to incur a significant changeover after ownership transition. Just the way it is.

And this is, though not entirely, a team tinged with Spalletti's calcio DNA.

For various reasons, next year's "on-pitch identity" will be different.

The end of the end; tomorrow, but a mystery.

Enjoy what's left of it.