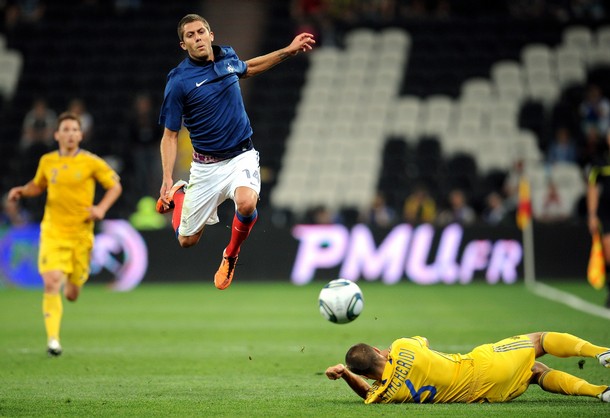 I do believe I have consistently maintained the most dastardly four-letter word in the English language is, in fact, hope. I do wonder if there is a simple amendment to be made, one tiny little tweak, and that word is actually hype.

While we consider the possibilities of such, at least something once hypothesis may now be theorem:

Once the Honorary Mancini Give-A-Shit Factor enters play, the official countdown to days in giallorosso has begun.

(And I do not believe this to apply to Mirko; I simply believe he needs to be asked on a daily basis whether or not he took his medication - I have not yet decided whether taking it is good or bad.)

When asked about Menez fitting into Ligue 1, I summed it, and his Roma career, up, as this:

"He can not care and no one will care."

This new system does not seem to play to his main strengths of being blindingly gifted while also being blindingly indifferent, not desiring one's own talent, almost; seemingly simultaneously unaware that a football match is happening for 85 of the 90 minutes. Like Kaka to the extreme with less talent and less Jesus. (Don't think that's not related, sinners.)

So thanks for the tantalizing talent. And occasionally using it. And being mopey. No hard feelings.

But for those bemoaning the signing in the first place, do we remember for whom he was Plan B? Adrian Mutu. Because that would've turned out spectacularly well, and on thrice the wages.

And though Menez wasn't quite up to snuff, it's not as though he was, say, Julio Baptista, who was actually trying, yet still stealing paychecks, rolling off the substitutes bench onto the pitch still wearing his helmet. Jeremy certainly had his moments. Moments, however, are simply not enough.

At least we got to dream a little dream for awhile; unfortunately as with most dreams, one simply wakes up.